Back in my younger days, when I was first falling in love with marijuana, I figured I’d never live to see legalized cannabis. Lucky for me, I was dead wrong.

In the past handful of years, we’ve seen the nation slowly learn more about cannabis, and its multitude of therapeutic and calming benefits. In doing so, a trend of acceptance has taken over the once heavily stigmatized topic of marijuana. It took quite a long time to get to where we currently are, though. This was, in no way, an “overnight success” story.

For those who may be unaware, when all of this started, only a few states allowed their residents to purchase and partake in cannabis. But those folks had to get official medical approval from a physician in order to do so. Then, with their newly-sanctioned medical marijuana card, they’d venture off to the few med-only shops in their area, and get some much-needed herbal medicine.

Now, even though it was legal to a degree in those early days, there was still a lot of judgment bestowed upon the cannabis community. However, over the course of a couple years, those med-only states started to listen to the facts. They began to realize that not only was this harmless plant a legitimate form of medicine, but it wasn’t adding to crime whatsoever. If anything it was lowering crime rates, while bringing the state a small fortune’s worth of revenue from required cannabis taxes. 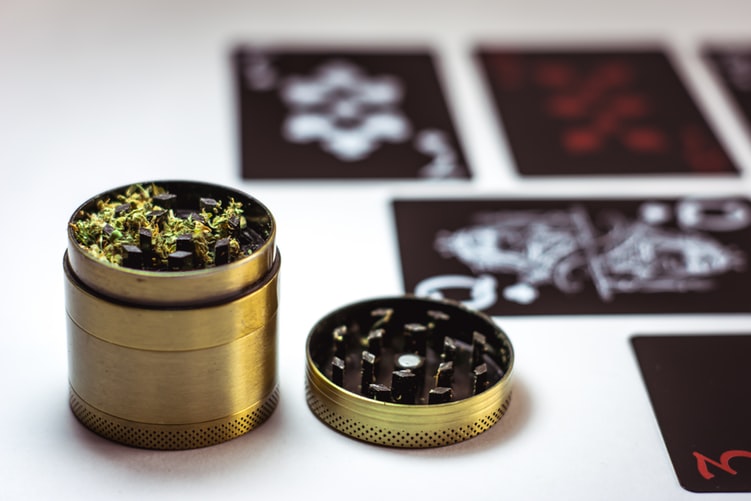 Needless to say, this trend continued, as more and more states began to go from medicinal only to full-on recreational laws. Since then, it’s been nothing but an upward slope of success for any and all who happen to be involved in the marijuana industry.

But that’s the thing. As great as legalized cannabis is for our society, the marijuana industry is just that – an industry.

Everything seemed wholesome and pure in the early days of decriminalization, with every growers and cultivators being tremendously independent and passionate about the plant. But, nowadays, the reputation of riches being spread about the cannabis industry is beckoning the most greedy people and corporations, who only want to see how they can profit from this ever-growing industry.

This is a major problem for the cannabis community.

We need independent and small-scale growers to exist. They offer up the variety of products we graciously enjoy every time we go to a dispensary. If larger corporations gain too much control of the industry, they will soon monopolize the entire realm of cannabis business altogether. They’ll be able to buy out companies, brands, and growers, until they dominate the majority of the marketplace.

A disastrous result of a corporation taking over the industry is a supreme lack of passion. 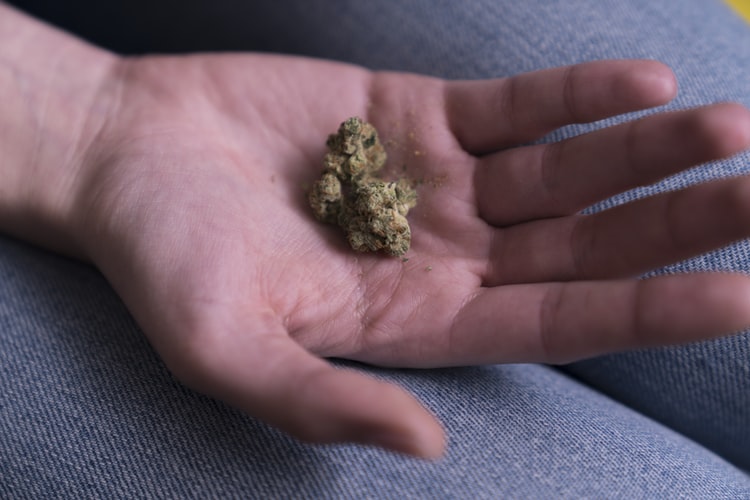 They are solely in this business to turn a profit, whereas the more independent companies were only in it for the love of the plant. With only greed as their driving force, corporations will cut corners, and find loopholes in safety regulations, so long as it means they can increase their income. It’s something that we readily see in every monopolized industry. And it’s important to fight back against such a force that threatens to impede on the authenticity of an open market, such as the one currently threatening the cannabis industry.

But, with them being as large as they are, it’s hard for tiny companies and small-town-establishments to stop corporations. That’s why they need all the celebrity star power they can get. Perhaps, if enough attention is brought to this issue, the cannabis community will make their voices heard, and corporations will be left with no other option than to bail on their business plan, and head elsewhere.

But, I suppose that’s all just wishful thinking.

In the meantime, music legend and marijuana icon, Willie Nelson is happy to be the spokesperson for the cannabis community on the issue. And, truthfully, I couldn’t think of a better mouthpiece to have on our side than Willie Nelson, himself!

To be more specific about this ordeal, there have been reports recently detailing how mega-company, Monsanto-Bayer is already taking steps to assert dominance in the cannabis marketplace. In addition to that, Bayer has announced that they plan to bring the first GMO strain to the marijuana industry. Also, their new partner, Monsanto, is currently partners with Miracle-Gro. As part of that merger, they were able to purchase a few of the biggest growers already. 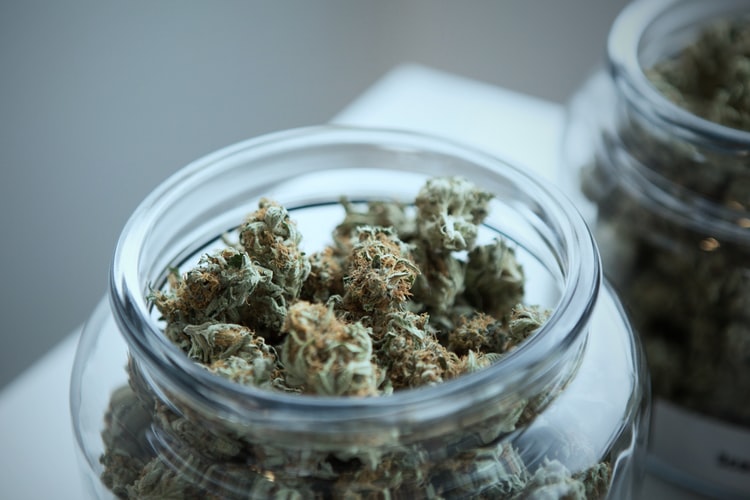 So, unfortunately, their slow takeover has already begun, but that doesn’t mean it’s going to end with them on top. We need to fight back against these corporations, and protect the rights of the smaller cultivators and growers out there.

When asked to share his two cents on the matter at hand, Willie Nelson didn’t mince words. The beloved musician said, “That’s horsesh*t. That ain’t right, and we’ll do everything we can to keep that from happening.” Now that’s the type of steadfast determination we need leading the way for us, cannabis enthusiasts.

Willie is right. There’s something about this sort of corporate move that just feels, well, evil. There’s no heart, no soul in these money-hungry CEOs. Their insatiable greed and undying devotion to the almighty dollar results in mass produced, often inferior, potentially dangerous products. But, when they have successfully bought out their competition, the public is left with no other choice. Thus, their stream of income will never end.

In short, they must be stopped. Mainly because their substandard approach to cultivation is likely to be riddled with contaminants. And I’m not the only person who thinks so.

Keith Stroup, the founder of the National Organization for the Reform of Marijuana Laws, was asked to share his opinion on this very subject.

To which, he replied, “Prior to legalization, black market growers typically would not use any pesticides because the quantity of the plants tended to be low. But when you’re investing millions of dollars in a large cultivation center, you can bet they are not going to take the risk of their crop getting wiped out by mold or mildew or insects.” 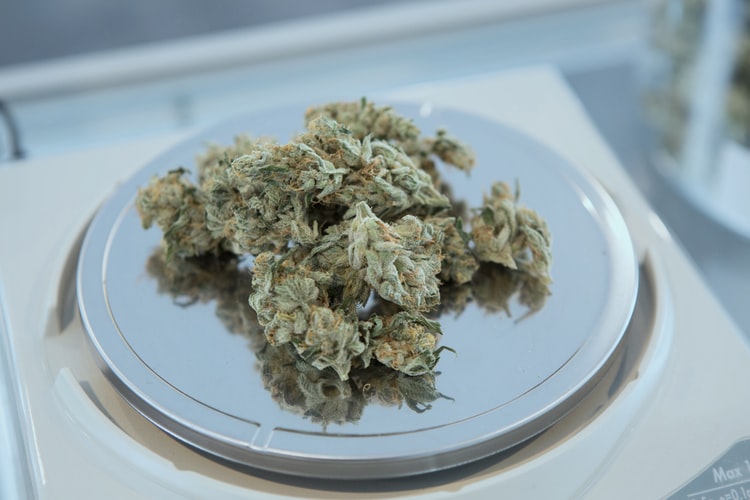 Which is the exact thing we’re all afraid of. That sort of negligence is going to hurt people, and it’s going to all but obliterate the flawless reputation of cannabis, in general. Making it imperative to bring these greedy tactics to an end – once and for all. Their utter disregard for the well-being of their customers, along with their absence of passion for cannabis, in general, is appalling and downright terrifying.

Luckily, nobody would ever question Willie Nelson’s devotion to marijuana.

On the official website for his cannabis company, Willie’s Reserves, it expertly details and describes the iconic singer’s infatuation and love for any and all things cannabis. It reads, “For decades, as Willie and his band travelled from town to town, pot enthusiasts flocked to his shows, their pockets stuffed with offerings from their home gardens and local communities.”

And now, with Willie spending time raging against the corporate machine known as, Monsanto-Bayer, it proves his dedication to the cannabis cause even more than ever. Hopefully, we’ll be able to ban together and take down this monster, but until then, we should thank our lucky stars for Willie Nelson.

Thanks for all your hard work, Wilie. The cannabis community is forever grateful for everything you’ve done.