I would be a full-blown liar if I ever said that I never wanted a cannabis-related job. I mean, I feel like that is every marijuana-enthusiast’s dream come true. Can you even fathom a world wherein you would get paid to be working with weed? That sort of fantasy seemed like a fever dream for years and years while I was growing up.

I remember being in high school daydreaming about the day when marijuana would be as legal as a can of soda. Sadly, for my teenage brain, that was too much to even wrap my stoney little brain around. I merely figured that we would never see such a society. At least, not in my lifetime anyway.

Little did I know how wrong I would be.

When I say “wrong” – I mean, “dead wrong.” I, along with my army of fellow stoners, never thought such an occurrence would happen. Let alone happen so quick. It feels like overnight we have gone from a few folks having medical marijuana cards to seeing billboards and dispensaries, sporting mountains of recreational buds, on every single block.

It truly is an amazing sight to behold. In fact, when the worries and stresses of today’s society get me down, I often find solace and thank the heavens above for allowing me to live in a time where marijuana is not only legalized, it is universally accepted by the majority of folks living in the states.

Okay, okay. So using the word “universally” may be a bit of a stretch. Especially seeing as how the federal government still considers cannabis just as lethal as meth and cocaine. That sort of distinction is all sorts of puzzling to me. Not only is that sort of thinking outdated, it is serving as a roadblock to some much needed research that the government is getting in the way of. Had there not been this major piece of legislation blocking labs across the nation, who knows how much more about cannabis we would have learned by now.

Also, side note: How cool would it be to be one of the government’s guinea pigs when they need someone to smoke some ganja?

Even the thought of Uncle Sam paying me to get high brings a stoner smile to my face. Ah, that would be lovely. But one doesn’t have to suckle at the cannabis teat of the government in order to live out their dreams of working with cannabis – especially these days. With legalization becoming more and more pronounced across the nation, the number of job opportunities in the cannabis industry are growing by the minute.

Budtenders, delivery drivers, supply room attendants, security guards, trimmers, growers…I mean, the list goes on and on. To be completely honest, all of those positions sound incredible. 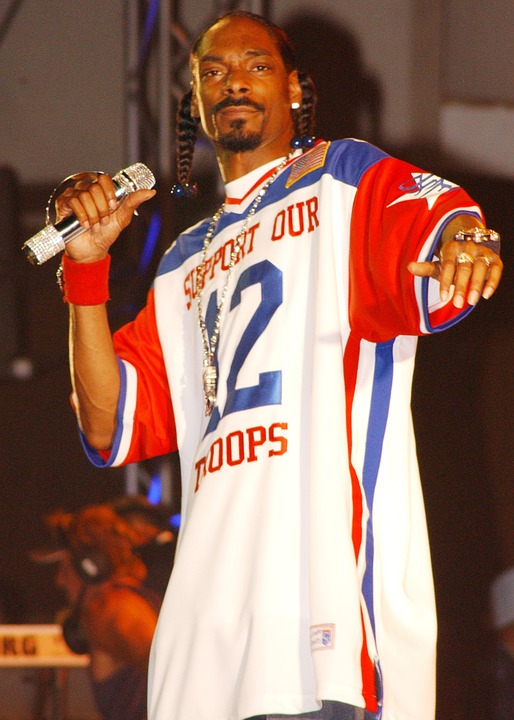 I really don’t care what my title would be, so long as I am around cannabis – all day, everyday – I promise to show up to work with a peppy, upbeat attitude. No doubt about it.

But, as I typically do when I get a little spacey after a session, I can’t help but wonder if there is an even more high-profile cannabis job out there. Yes, that pun was intended. That is when I stumbled across this Howard Stern interview with Snoop Dogg and Seth Rogen.

Obviously, with these two titans of marijuana on the show, I was intrigued to see what they had to say. What I eventually wound up learning about one of Snoop’s closest team members, I couldn’t help but feel like I just heard about the most kushy job in the entire world.

During the interview with the beloved shock jock, the topic of marijuana (obviously) came up. It was then that Seth Rogen revealed that Snoop actually pays someone to follow him around and simply roll blunts for him. That is it. That is all he has to do.

Of which, Snoop has said, in prior interviews, that he smokes about 80 a day.

Also, this lucky bastard seems to be incredible at his job. Apparently, most of it is just “reading the vibe” of a room, and seeing when one of these ganja-sticks is needed. Of the professional roller on Snoop’s payroll, Rogen commented, “He knows how to gauge the look on somebody’s face when it seems like they want a blunt, and if they do, he gives you one.”

Ugh – what a life, right? Amazing.

Snoop quickly backed up Rogen’s claim by saying, “Timing. That motherf**ker’s timing is impeccable.” This, as one would assume, led to the question of how much this fortunate soul gets paid for his rolling duties. The answer to that, my friends, was far more than just smoking for free. Although, that is one of the many perks of this position.

This guy, whose sole occupation is to roll multiple blunts for Snoop Dogg every single day, gets paid somewhere in the realm of 40-50k a year. That is not including all of the top-notch bud he gets to smoke on the regular, all the tours he gets to accompany the Doggfather on, and additional freebies – like clothes, etc.

Much like everyone, Howard Stern was tickled and stunned by this news. He then asked Snoop if this was a legit position or if he was just kicking back some money for a close friend. The Long Beach native was more than adamant about the legitimacy of this man’s job. Remarking, “On his resume, it says, ‘What do you do? I am a blunt roller.” He then went on to give him the charming moniker of “PBR – professional blunt roller.” 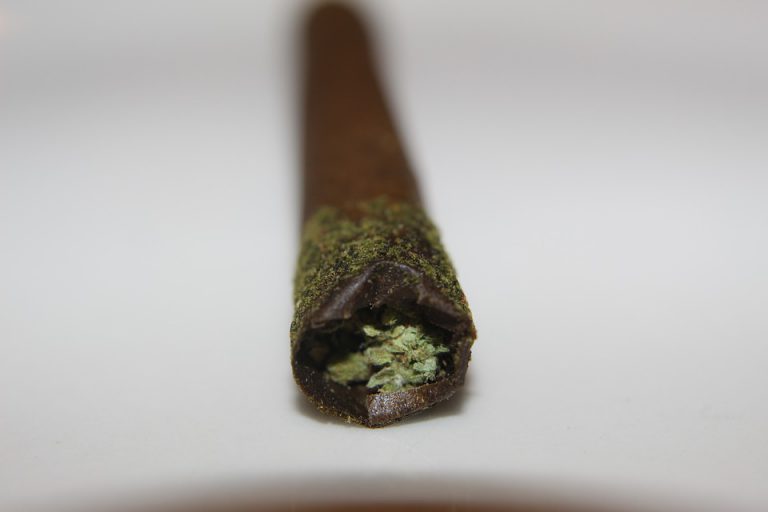 There are hardly any words in the English language that could adequately describe my seething jealousy towards this man. Sure, some think getting a winning lottery ticket or finding buried treasure is the key to financial success. Personally, if all I had to do to earn a living wage was to roll up blunts and smoke them – with Snoop Dogg, no less – why I would say that would be the perfect life. I would genuinely dare anyone to argue against that statement. The more I think about it, the less surprised I am by this news. I mean, of course someone of Snoop’s stoner stature is going to need someone like this on his team.

Just because I am not as “shocked” as I initially was – that doesn’t mean I am not impressed.

Even the world-renowned pothead himself, Seth Rogen, couldn’t help but gaze at this dude’s skill in utter amazement. During the interview, Rogen spoke on just that, saying, “There’s been like 40 minutes where I’m like, ‘I’m just watching this guy and I’m just going to see what is going on here.’ As someone who smokes a lot of weed, it’s fucking fascinating.”

That is when Stern felt compelled to turn the conversation towards Rogen. Seeing as how Seth is of decent financial means, himself, Howard curiously asked the Pineapple Express star if he ever thought about hiring someone like this to follow him around to press junkets and whatnot. To which, Rogen earnestly replied, “Honestly, the amount of time I spend rolling joints, it might be worth my while to financially hire someone to do that.”

Already got one rolled, boss.