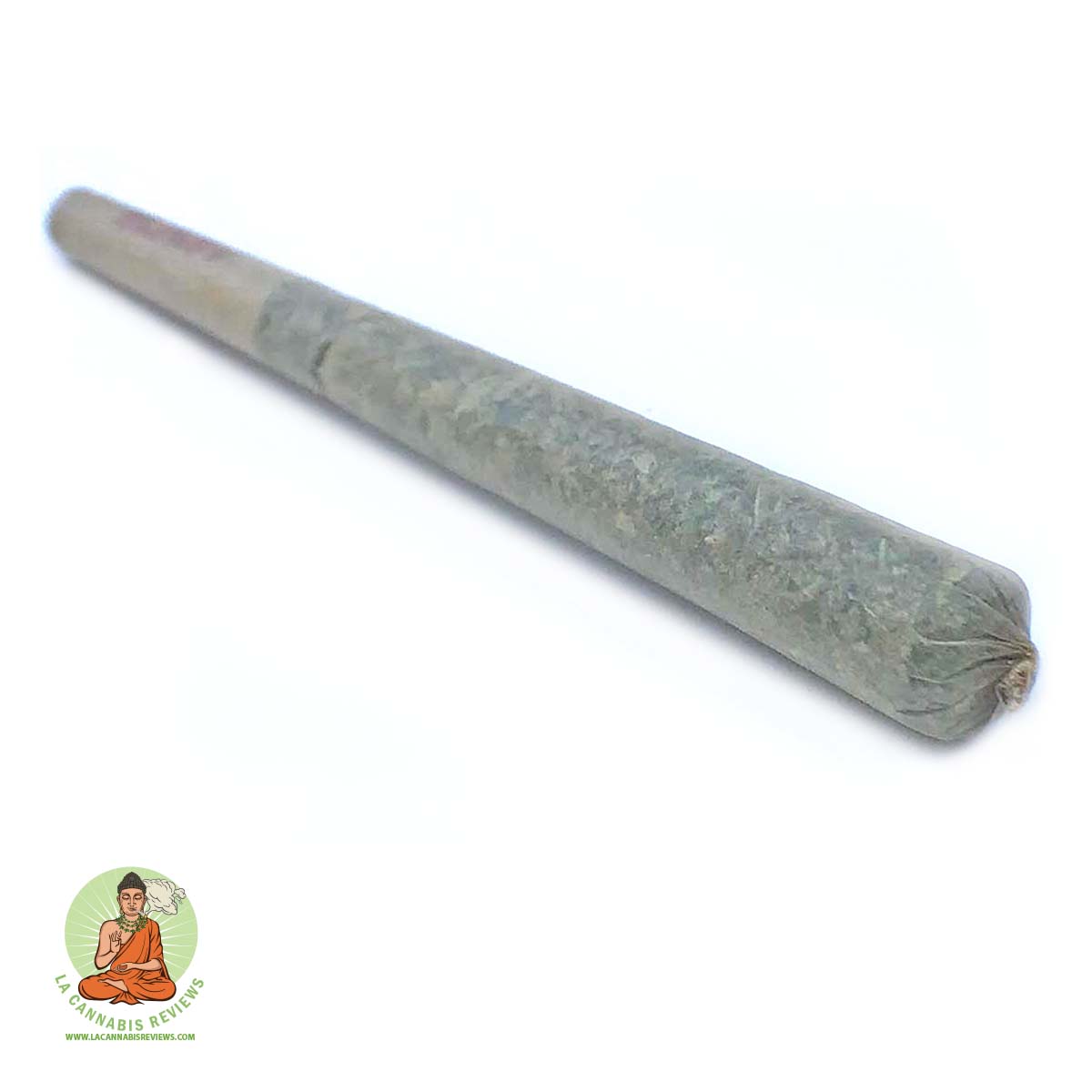 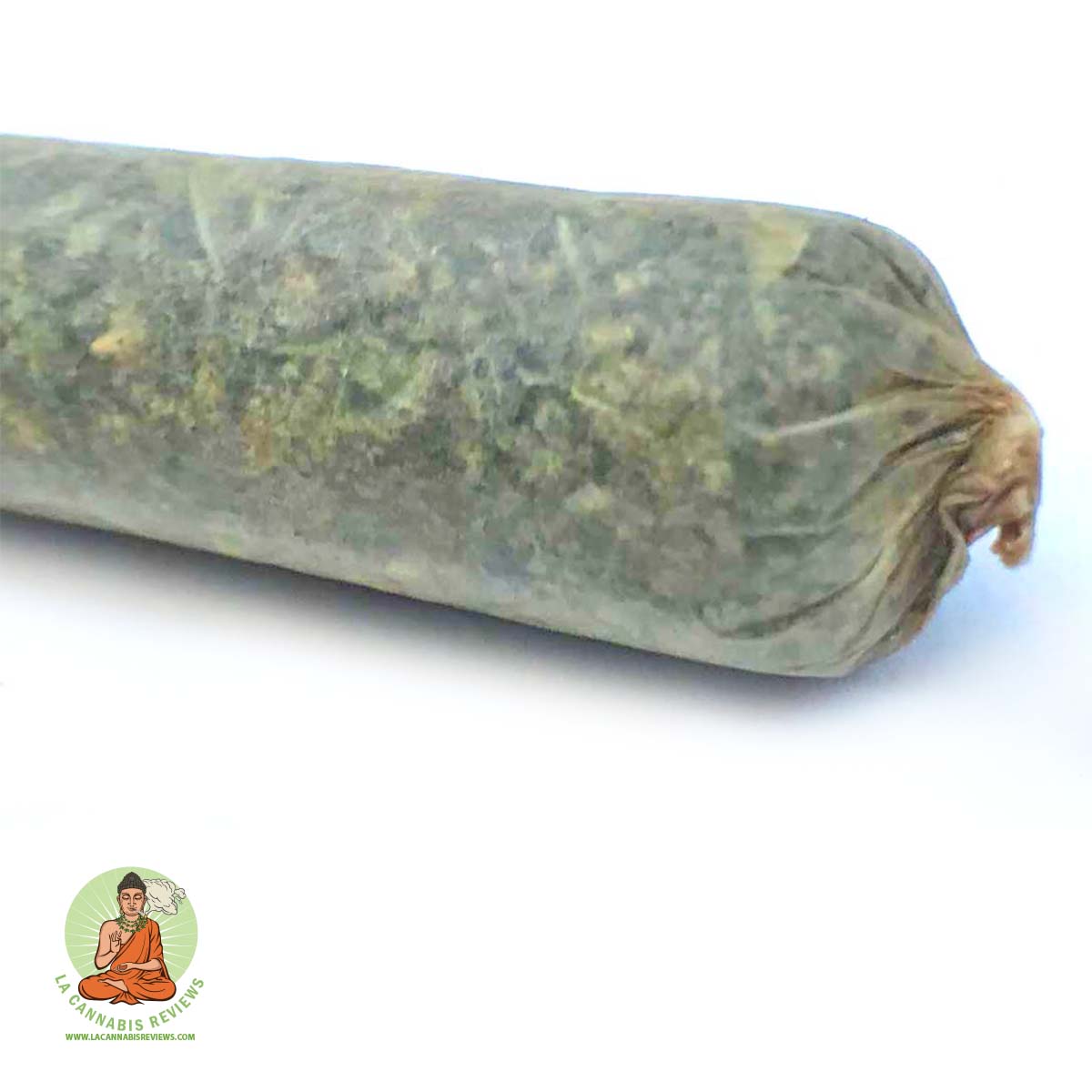 Appearance
This was a great looking pre-roll 100%
Aroma
It was light, sweet, and floral 80%
Taste
This pre-roll came with almost an absence of taste 60%
Effect
We got really, really stoned 100%

We love it when dispensaries roll their own joints. Not only are they usually cheaper than your name brand pre-rolls, but they are often brilliant in their simplicity. And since they are packed with flower they sell in-store, you know that it’s a joint you could replicate yourself, if you wanted.

Dope Girls LA had several different pre-rolls available when we dropped by. We chose the Indica twist, which was packed with some Master Yoda OG. We bit our tongues, so as not to make a “stoned, we will get” joke.

Appearance 5/5
This was a great looking pre-roll. The flower was well-packed into the cone, with the front twisting into a short, fire-starting nub. The paper they used was plain and brown, and it was so thin that you could see the flower underneath.

Aroma 4/5
While the flower was behind paper, there was the faintest of fragrances coming off the joint, itself. It was light, sweet, and floral. Perhaps, if we had some raw Master Yoda OG we could further decipher the scent, but in its current form, all we could get was a whisper.

Taste 3/5
This pre-roll came with almost an absence of taste. The inhale smacked of stale flower, and the smoke was so harsh that we were coughing right away. It was really hard to smoke this joint without feeling like a total novice, since it tasted harsh and made us cough like crazy.

Effect 5/5
Turns out, just like the Jedi Master, this joint had a lot to teach us. Mainly, that we were totally unworthy.

This joint was one of the strongest we’ve smoked in a long time. Once we started coughing, we got really, really stoned. The Indica strain was true to its word, and we had all the classic symptoms of an Indica high -- tunnel-vision, munchies, slight paranoia, and whatnot. The high was strong and lasted quite a long time. It’s great to share with friends, since a single user might find it overwhelming.

This was a really great joint. While many pre-rolls come with bells and whistles, like oil and/or kief, we’re always saying that nothing beats smoking some quality flower that was properly rolled. And that’s exactly what this in-house pre-roll of Master Yoda OG turned out to be. We highly recommend picking one up, but you should be aware that it’s a potent flower with long-lasting effects.

This was a really great product. But what’s so great about it is that it’s totally unique to Dope Girls LA. You won’t be able to get this anywhere else, and isn’t that one of the best reasons to shop somewhere -- because they’re the only place that sells stuff you love? We certainly think so.

One of the things we love most is when a dispensary creates its own products. We love it when the shop is also the grower, and they can walk us through their product selection with absolute authority. But we also love it when a shop can make other little products, like homemade pre-rolls, shake, or even kief.

The last time we visited Dope Girls LA, we discovered their homemade products, and we just had to give them a try.