We love any dispensary that offers a wide variety of pre-rolled joints. In our opinion, the pre-rolled joint is the perfect impulse purchase that pays off massive dividends. Everyone can appreciate a well-rolled joint, but few of us are up to the task of creating a truly masterful one. In a way, joints are a lot like pizza — even a bad one will satisfy your craving.

On our last visit to AHHS (Alternative Herbal Health Services) in WeHo, we were definitely craving a pre-roll. But they had almost too many to choose from. They had twists available from Canndescent, Lowell Smokes, Alien Labs, Marley Natural, their own house brand, and several others. After some searching, we finally decided that just one wouldn’t do. So, we loaded up two pre-rolls, and headed on our merry way.

The joints we chose were from two different brands. One was from Lumpy’s Flowers, and the other came courtesy of Three Kings. 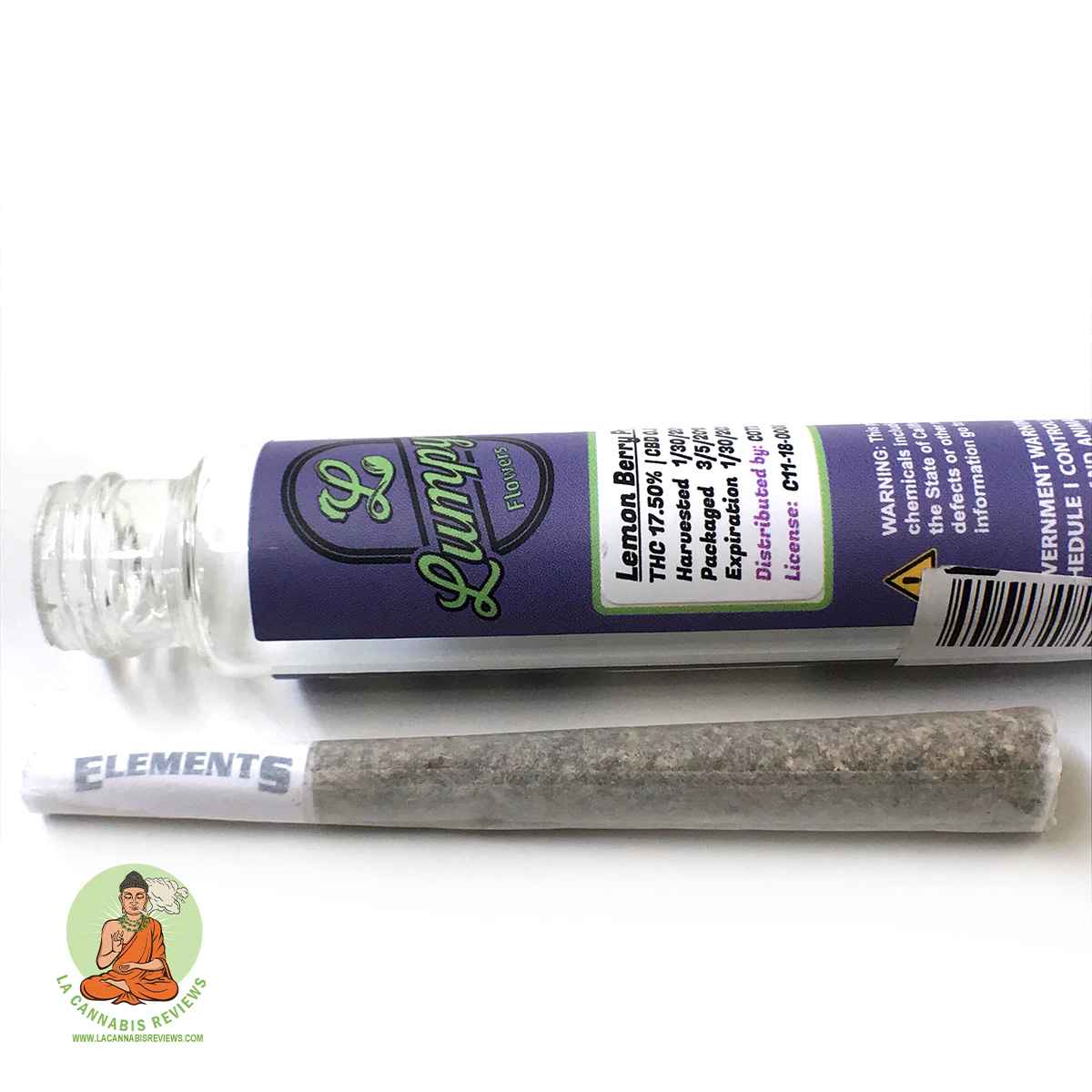 We must admit that of all the buzzwords that pop into our brains when thinking about a pre-rolled joint, the word “lumpy” doesn’t have the most appeal. But names can be deceiving, because this pre-roll doesn’t look lumpy at all. This is a streamlined, one gram twist full of Lemon Berry. Indica? Sativa? Turns out it doesn’t really matter, because they it doesn’t say.

Appearance: 4/5
As far as pre-rolls go, this one looks as basic as it comes. The white wrap it came in was so thin it was nearly translucent, and we were able to catch a glimpse at the darkened leaves of the plant that were trapped inside. We liked being able to see the leaves, but wondered if being so dark meant the flower might not be as fresh as it could be. Either way, we were about to find out.

Aroma: 4/5
There was a pleasant, leafy green smell that originated from this pre-rolled joint. It was a full salad bowl served up to our olfactory senses. We were detecting delicious hints of parsley and spinach in the mix with every sniff.

Taste: 4/5
Here’s where the flower’s namesake comes into play. While absent from the aroma, we were tasting both lemon and berry once we started to smoke this joint. The drags were even and easy, thanks to the well-constructed cone. And the smoke was simple to puff on, without burning down too quickly.

Effect: 4/5
As we noted before, the strain information on this joint was minimal. But we soon discovered that this pre-roll leaned more towards a Sativa, rather than an Indica. We got a strong body buzz off the smoke, which calmed us down. And the effects centered our minds into a peaceful, tranquil state.

Recommendation
This joint turned out to be a great purchase. It might not have looked like anything more than your average joint, but it delivered a great high that lasted a good while, and it was easy to smoke. What more could you ask for? 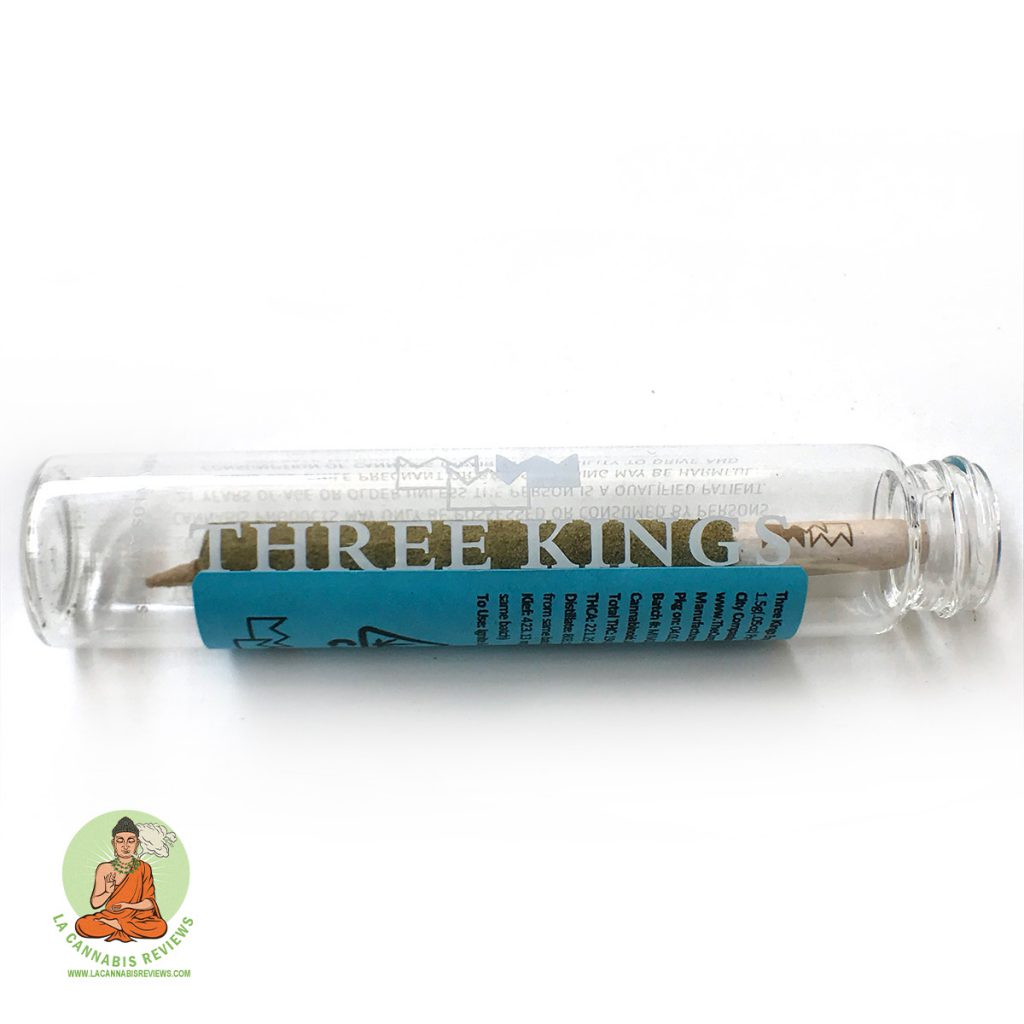 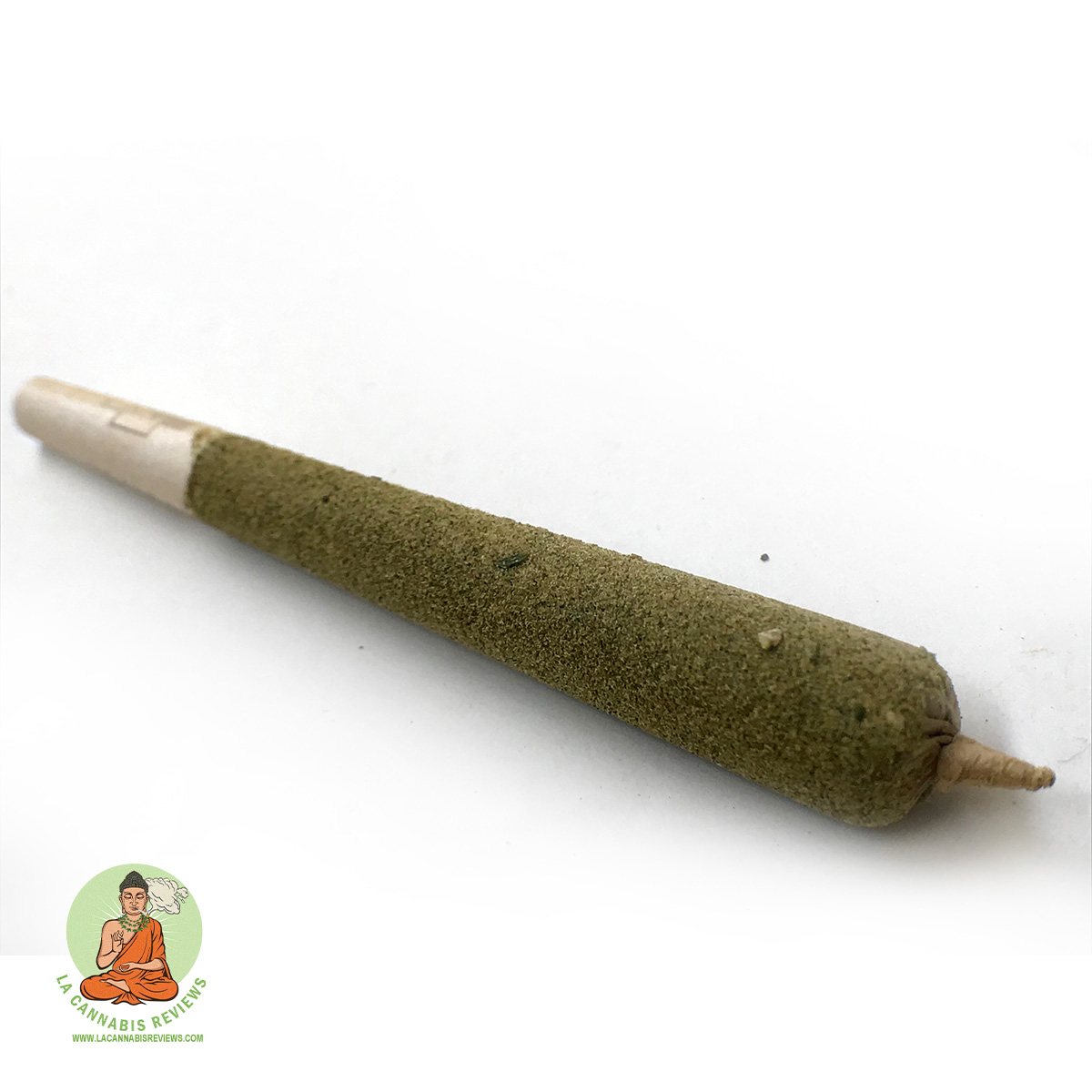 While we’re big fans of the George Clooney military comedy by the same name, that was the furthest thing from our minds once we saw this joint. This monster pre-roll — which claims to have been ‘born in Los Angeles’ — has been infused with wax and rolled in kief. So, it’s almost guaranteed to provide us with an extra boost.

Appearance: 5/5
This is a great looking joint. It’s a giant cone that’s been so stuffed full of flower that it looks ready to burst. Not only that, it’s been rolled in dusty green kief, and even has little bits of flower stuck to the sides, as well. The extra bits gave the joint a hand-rolled, home-made quality that we absolutely loved.

Aroma: 4/5
While the looks might have blown us away, the aroma was a little muted and less fragrant than we expected. The joint had a leafy green smell that was pleasant, but generic, showing very little personality. There was also a lack of unique tones to the overall profile.

Taste: 4/5
Once we started puffing, we appreciated the nice, clean smoke that we were drawing on. Like the scent, the flavor was a bit generic, with some heavy tones that hinted at all the processing this flower had gone through. It was enjoyable, but we were also being careful to take shallow puffs, worried that all that spicy kief would start a coughing fit.

Effect: 2/5
Here’s where things started to take a turn. While this joint might have looked great, it wasn’t living up to our expectations with its lackluster effects. It was three-fourths of the way gone by the time we started to feel anything, and the effects were mild – at best.

The sensation was a basic Hybrid high. It was buzzy in the eyes and soothing to our muscles. Neither one stood out as being prominent, and neither feeling was fantastic enough to satisfy us. All in all, it was kind of a disappointment.

Recommendation
Unlike the Clooney movie, we did not enjoy our time in the presence of these Three Kings. The marketing and presentation of this pre-roll promised a joint that would get you really high, but that turned out to be nothing but hype. For all its “bells and whistles,” we felt sort-of-stoned, but ultimately bummed out.

It’s not that the Cookie Glue wasn’t good, it’s just that the vibes we got from Skywalker were far more enjoyable. Goliath might have beaten David in this round, but either one of these strains would be a solid purchase. It just depends on what you’re looking for.

This was a very well-rolled joint that packed a lot of punch. It was outclassed by its competitor in terms of looks, but it managed to deliver “the goods” in a way its opponent simply could not. Don’t be fooled by a simple joint. When it’s done right, it’s sublime.