We match two pre-rolled joints against each other in a head-to-head smokedown.

Ladies and gentlemen, welcome to Light Club.  Both will be lit. Only one will win.

This is a first for us around here. This is not just a pre-roll showdown, it’s a dispensary showdown with neighborhood bragging rights on the line.

In this corner, wearing pink, is the Juicy Joints Cotton Candy Mouth pre-rolled joint, available today at the Church of Walnut — that’s on Walnut Street — in Pasadena, California. Home of the Rose Bowl Parade.

In this corner, wearing a lovely golden green, is the House Joint supplied by PMG, another fine dispensary also on Walnut Street in Pasadena.

That’s what this head-to-head smokedown is all about. The winner will not only take bragging rights, but they will become the preferred drop-in destination for pre-rolls in the area.

Walnut Street is on the line! 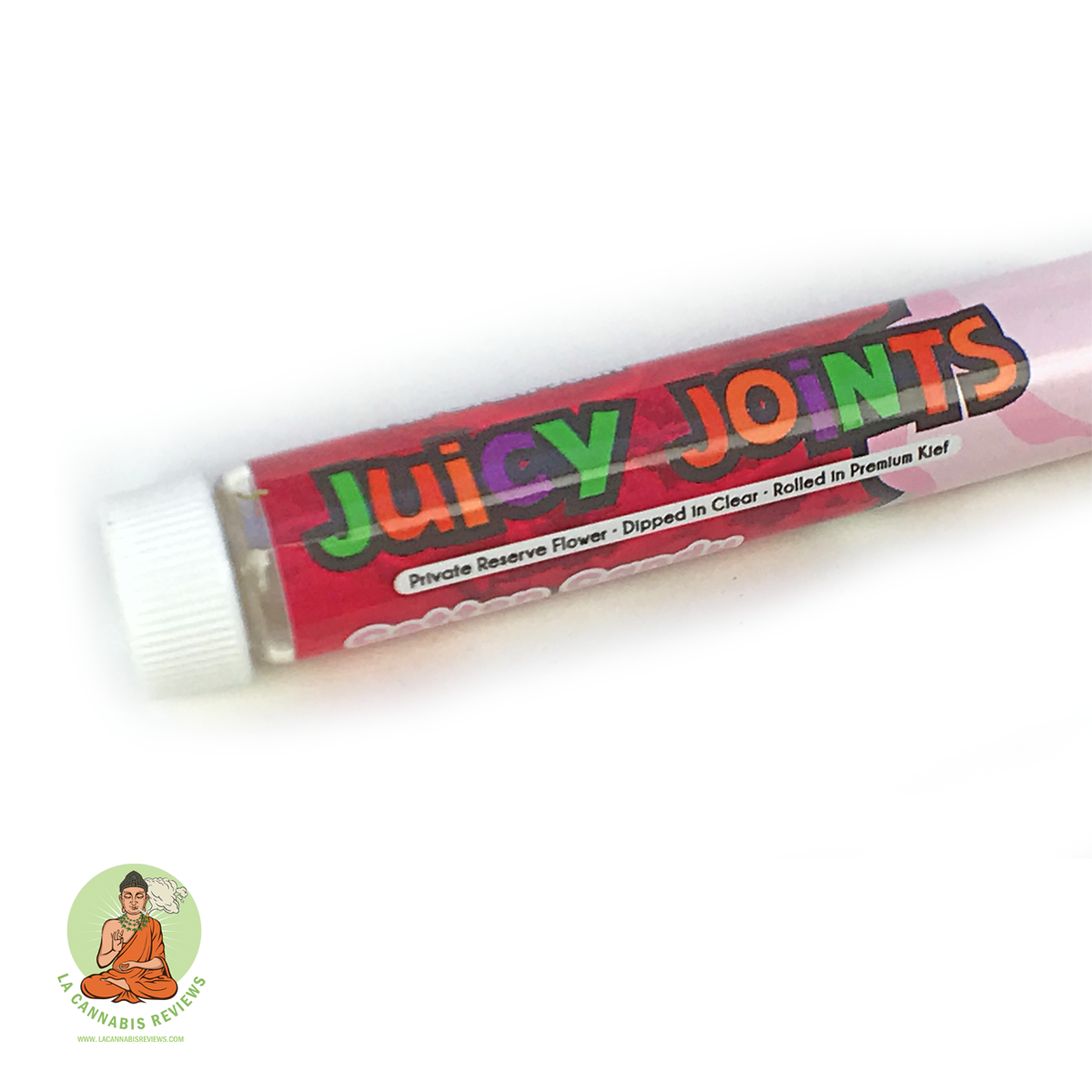 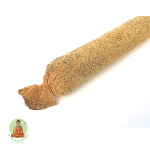 We decided to give the name brand the advantage in this showdown. We’ve enjoyed a Juicy Joint before, and we were super excited about this pink cotton candy flavor.

Appearance: 5/5
This was a good looking joint. The tube claims it’s been dipped in “Clear and Rolled in Kief,” and it’s of the golden variety. So, it’s got a light, bright, and healthy coloring that we thought looked great, especially compared with how kief usually gives everything an Incredible Hulk shade of green.

Aroma: 5/5
With a name like Cotton Candy Mouth, we were expecting a big, bright, bubblegum scent from this twist. It was sweet, but not in the way we expected. This joint smelled warm and rich, but in a way that reminded us more of chocolate, rather than cotton candy.

Taste: 4/5
Here’s where things started to go south. This joint gave off a vague taste that was only a shadow of the flavor we got when we smelled it. Not only was it short on flavor, but the smoke was especially harsh and throat-scratchy. It burned our throats and left us with a dark, salty aftertaste.

Effect: 3/5
The presentation of this joint created an expectation that this pre-roll just couldn’t meet, let alone surpass. After smoking it, we felt that it was a medium strength joint. We were stoned, but not baked. For something “dipped in Clear and Rolled in Kief,” this was disappointing, to say the least.

Part of the problem was that it was a very fast-burning joint, and we couldn’t get a decent inhale off it for some reason. It was burning faster than we could enjoy it, and we had to ditch the kief-rolled paper, and put the flower in our bowl. It was hard to manipulate, as it was far too sticky and wet to really burn, or allow any air in between to catch the fire.

Recommendation
This Juicy Joint was a great idea, but it came up short in the execution. We wanted to love it, and there was some decent flower packed inside, but it was too sticky to be smoked properly. Which sounds like a silly problem to have, but it really became an issue. 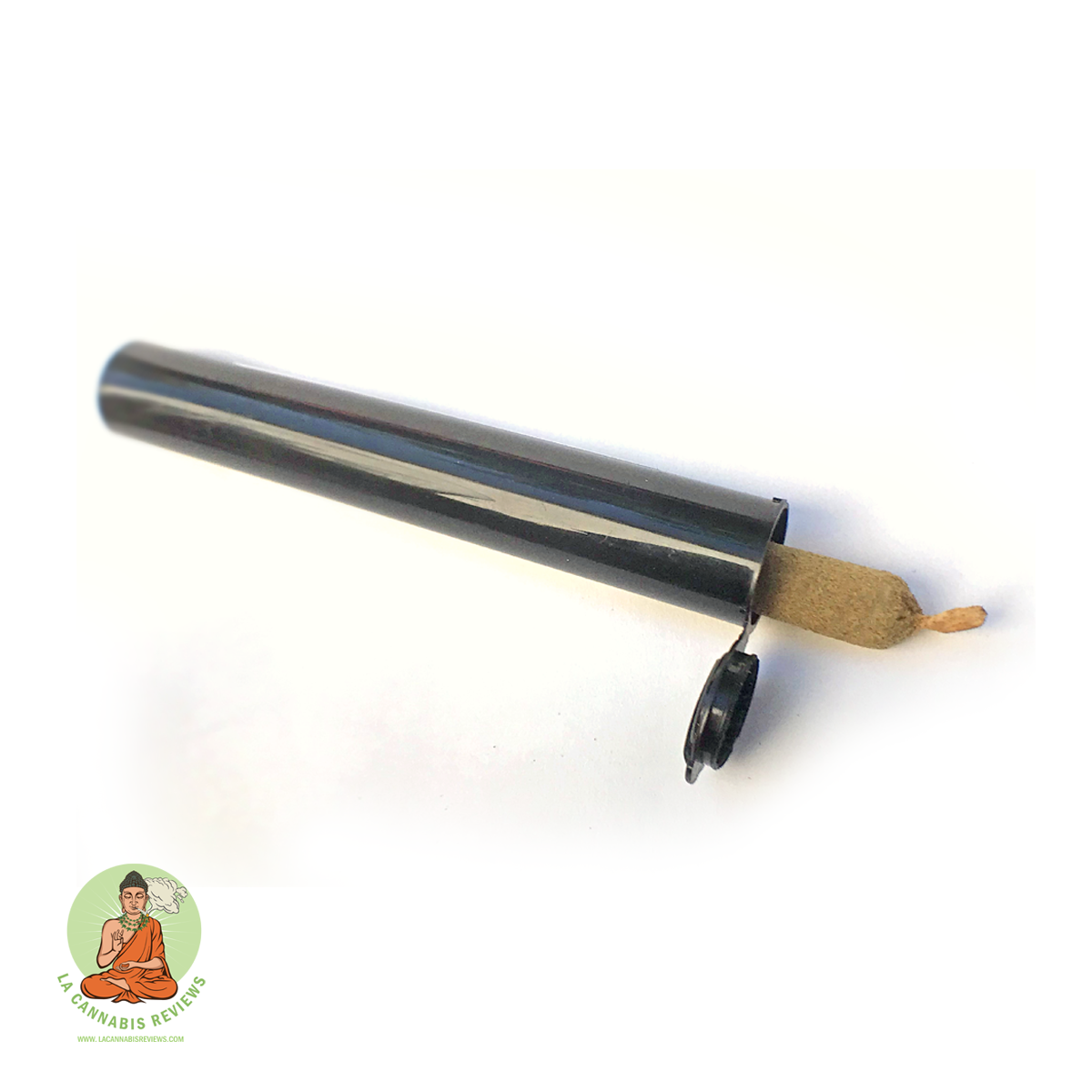 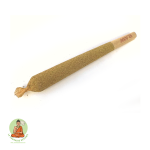 Now these aren’t your ordinary house joints. They’re cones designed to stand toe-to-toe with any other brand name pre-roll. Packed with flower, dolloped with hash oil, and covered with kief, this was PMG’s answer to any dispensary’s so-called, “super joint.”

Appearance: 5/5
This joint came wrapped in golden kief, and had such a fair complexion that we forgot there was any kief on there at all. The cone looked well-packed, and seemed very even and sturdy. It looked like it would hold, but how would it hold under fire?

Aroma: 5/5
We chose the Grape one for a reason: the aroma. This thing really smelled like grapes, but it wasn’t so sweet, as it proved to be kind of stale. However, it was still very grape-y, still very appetizing, but it did come off a little bit musty.

Taste: 4/5
The grape came through on the smoke, as well, but so did that musty, stale flavor. To us, it tastes like the bite you get when you eat Doritos. There’s something musty and stale about the air of them, and it’s a taste we find common in pre-rolls made with cheaper flower. It wasn’t a turn off — we are used to it — but it did not bode well for this grape contender.

Effect: 4/5
This house joint with stale flower turned out to be fairly strong. We detected feelings that were mostly Indica, but there were some Sativa vibes thrown into the mix, too. It provided us with a strong head buzz, a lightness to our step, and a calmness to our soul. Also, there was a slight cottonmouth sensation that couldn’t be ignored.

Unfortunately, it was only a good joint, not a great one. Just as we were feeling stoned, and started to get really baked, our sensation plateaued. We felt good, but we couldn’t feel any better. It’s like being on a jet ski that goes fast, but can’t go as fast as you’d really want it to.

Recommendation
At the end of the day, this House Joint did us all right. The grape flavor came through, the joint tasted a little musty, and the effects were as strong as we wished they were. However, it was still a strong player, and it got the job done. But we did expect more from it, yet we weren’t disappointed by it.

Sorry, Juicy. The underdog won the day here, but it was quite the competition. Truthfully, either one of these joints would be a great purchase. And for the price point ($10), it’s a hard deal to beat. Especially, if you go with a House Joint.

And so it was decreed: Walnut Street belongs to PMG.