We match two pre-rolled joints against each other in a head-to-head smokedown. Both will be lit. Only one will win. When it comes to top shelf pre-rolls, a lot of brands are vying for your attention. But one brand, with its dual symbols of wealth and excess, stands above the rest — Caviar Gold. During our last visit to The Herbarium (979 N La Brea Ave, West Hollywood, LA 90038), we took pause to admire their Caviar Gold display.

Not only does this label offer four different types of pre-rolled joints, but they come in a variety of flavors, as well. Since we were riding high that day, and wanted to get really high later that night, we decided to pick up one of everything. Thus creating an unprecedented four contender battle in the “Smoke-tagon” to see which one would reign supreme.

Our Caviar Gold offerings are: Original Cavi Cone, the Cavi J, the Terp Stick, and the Lil’ Cavi. 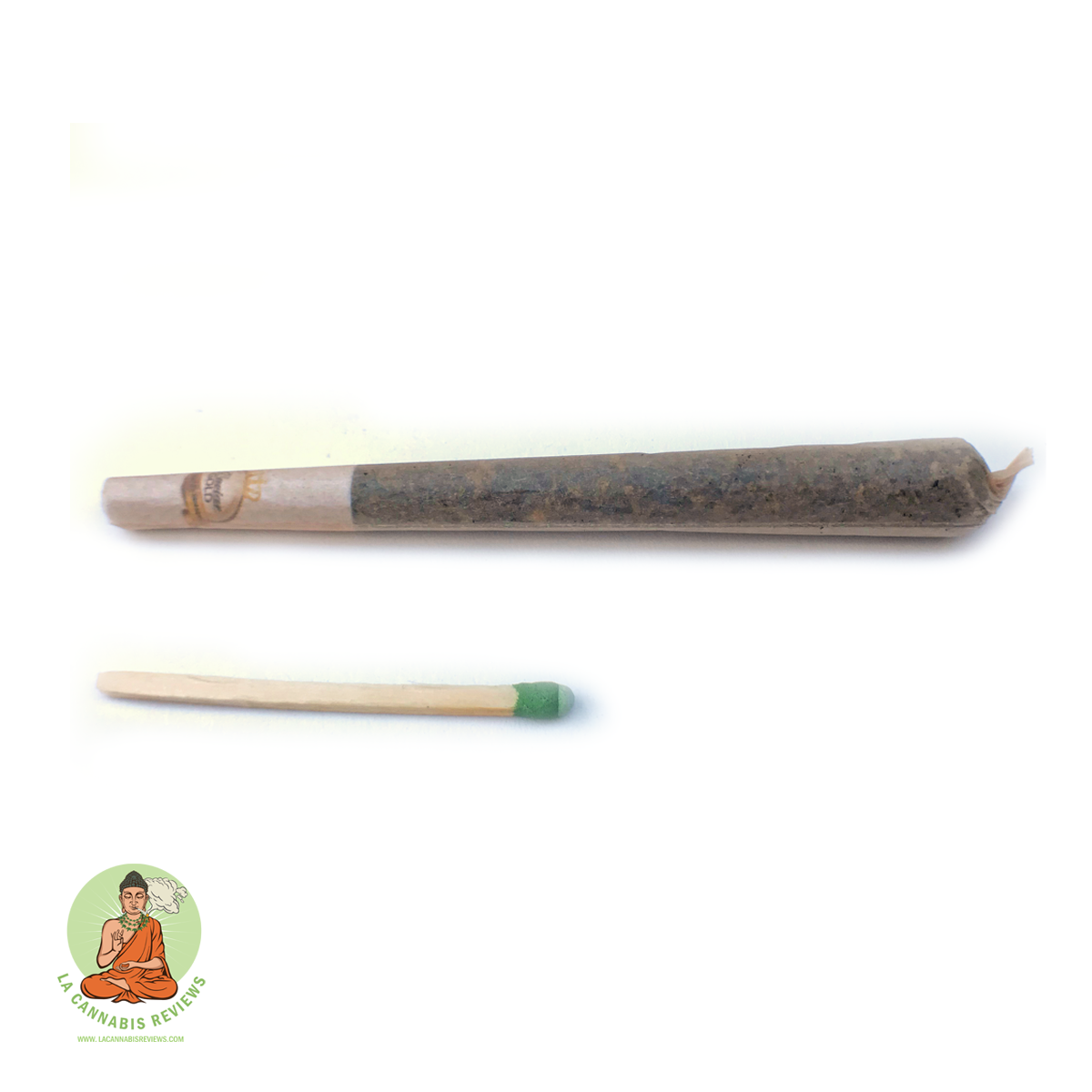 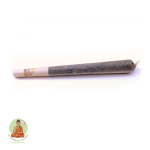 If Caviar Gold has one mission, it’s to get you high af. That’s why this joint is not only their OG, but also the strongest one they offer. We chose the Golden Bubble flavor, and it certainly popped with a strong aroma. This thing legit reeked of bubble gum. It’s one and a half grams of weed rolled into a nice, even cone. It’s also, supposedly, treated with THC distillate and covered with kief at the source. So it’s a real “strap-in-here-we-go” experience.

As we lit up, we started to cough almost instantly. We suddenly believed their boasting about this plant. All those additives were making it a really harsh smoke. Despite having a rich, very strong bubblegum smell, there was only the faintest of taste to be found underneath the heaviness of the smoke, itself. But all that ceased to matter very quickly, because this thing delivered in a major way. In other words, it got us very stoned.

This Cavi Cone delivers a big, strong high. As we smoked, our face felt flushed and our ears burned. There’s no strain distinction (Indica, Sativa, Hybrid) listed, because there’s not much subtlety to the effect here. You’re just going to feel high. Very, very high.

We didn’t feel overwhelmed or sleepy. In fact, we felt bright and alert. And silly. Very silly. Which is good, because this joint is so powerful it almost demands to be enjoyed among friends, which would be the ideal setting for this feeling.

Long story short — the Cavi Cone is the OG for a reason. This plant has been supercharged to maximum potency, leading to a harsh smoke – but also to a high-impact series of effects that won’t weigh you down. Bring this to your next social function. 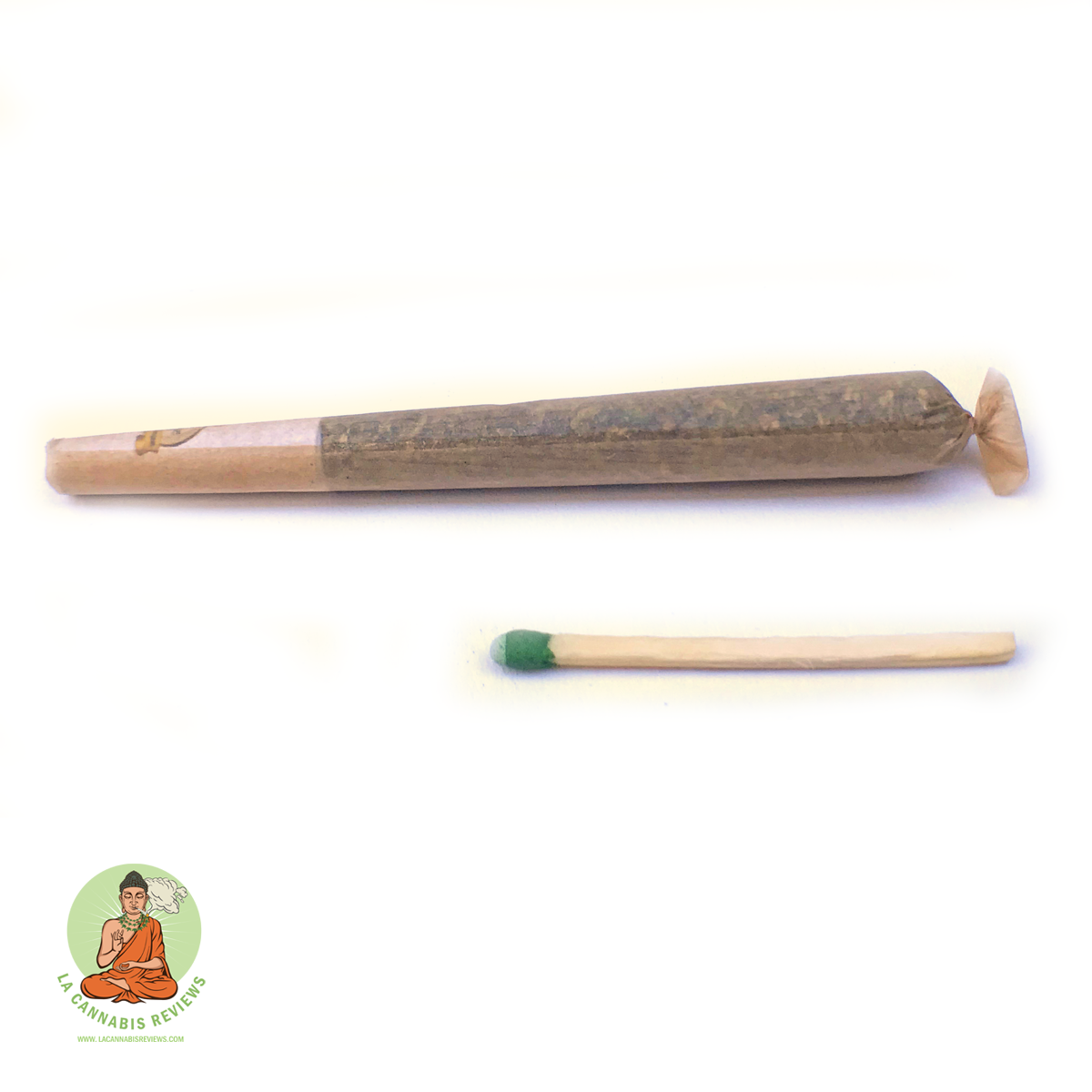 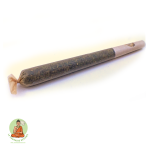 Marketed as the little brother to the Cavi Cone, the Cavi J is another high-potency joint that’s not as strong (or as big) as its predecessor. Not that it made much difference. Both joints share a nearly identical look, both evenly wrapped and well-packed with a good amount of airflow. We chose a vanilla-flavored product called: Cavi J. And, once again, the aroma was powerful as soon as we popped open the package.

Another unfortunate holdover from the Cavi Cone was the smoke. As we just learned, a treated smoke is a harsh one, and we were consciously shallow-puffing it to avoid burning the back of our throats.

This one had a spicy taste that was strong and acrid. Even with our puffing, we were feeling the effects very quickly. This high was heavier than the Cavi Cone. It was very strong and felt Indica-dominant. It was a heady feeling, and it dominated our attention, as we continued passing the joint. Unlike the Cavi Cone’s energy, the Cavi J was weighing us down, and we were sinking into our seats. We realize this might not turn off some, but we were smoking this in a small group, and this hard-hitting smoke kept knocking us out each time we got it. Maybe save this one for a big group, or when you’re looking to zone out.

Long story short — the Cavi J might be the little brother, but it’s big league effects were harder and stronger than the Cavi Cone. We don’t know if it comes from an inferiority complex or what, but don’t sleep on the strength of this joint, or you might find yourself literally passed out. 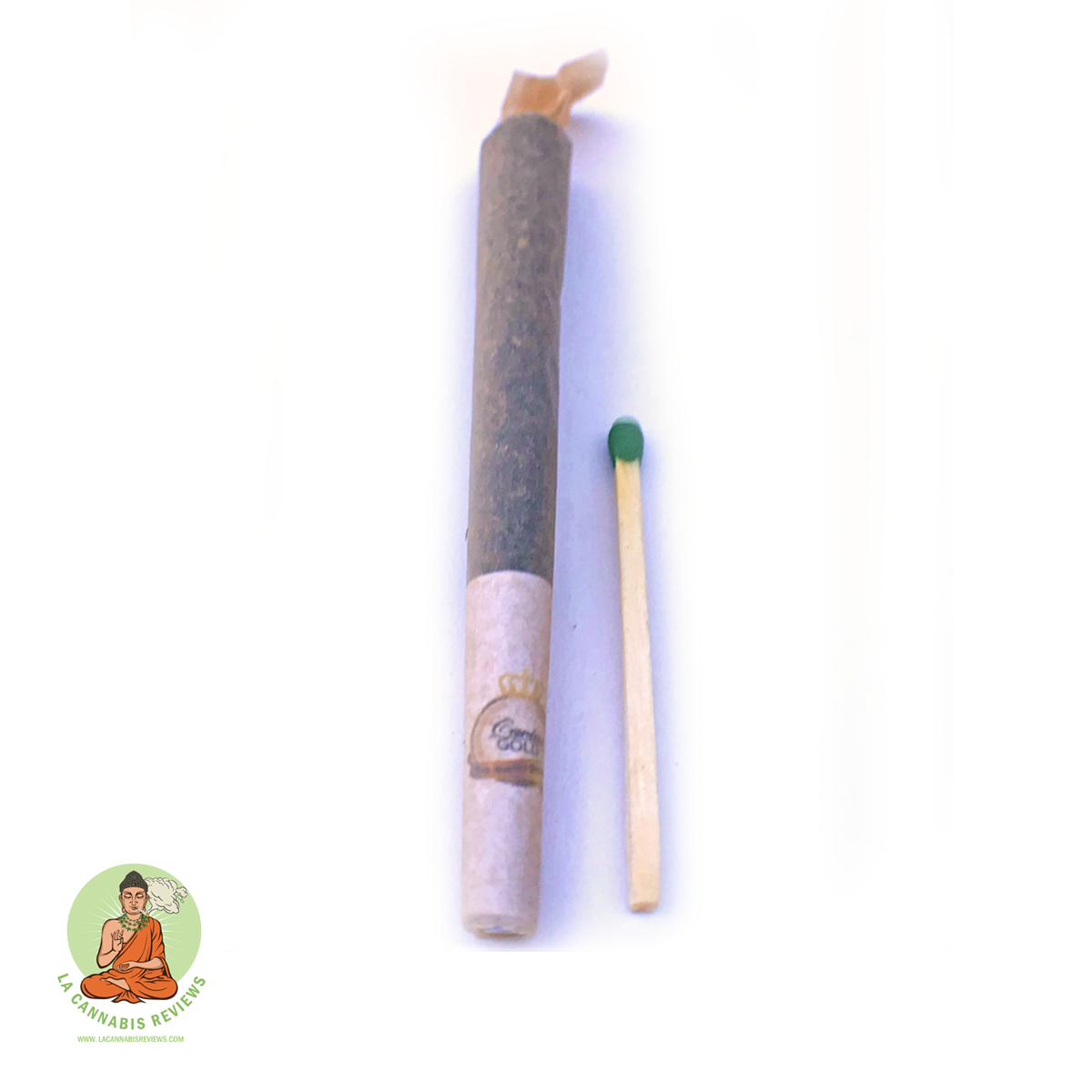 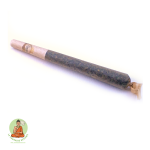 If the Cavi J is the little brother, then the Terp Stick is the black sheep of this potent family. For starters, it’s not super-bananas-strong. The Terp Stick is Caviar Gold’s offering for those who aren’t looking to melt their mind off one joint, but still want to get good and baked.

This joint carried the faintest aroma of all – a subtle blue raspberry. It was also the first Caviar Gold joint we’ve ever smoked that didn’t make our throats feel like a burning garbage can. This was a mellow-tasting smoke that wasn’t too harsh to drag on, and it produced a mellow feeling that felt right to us.

Even though it claims to also be infused and loaded with kief like it’s brothers, this Terp Stick didn’t smoke in the same way. The highs from the Cavi Cone and the Cavi J were strong and very present, and were predominantly on the Indica scale. This, however, felt like it landed on the Sativa spectrum, giving us a subtle, but very enjoyable, experience that made us feel great without limiting us to only feeling stoned.

Long story short — we like the Terp Stick. After being blown away by the Cavi Cone and the Cavi J, it was nice to switch gears, and go for a leisurely ride with a joint that we could smoke by ourselves without clearing our schedules. While we appreciate that offering, we must admit that this does feel a little like buying a McChicken from McDonald’s. It might be done right, but it’s not their “bread and butter” so to speak. 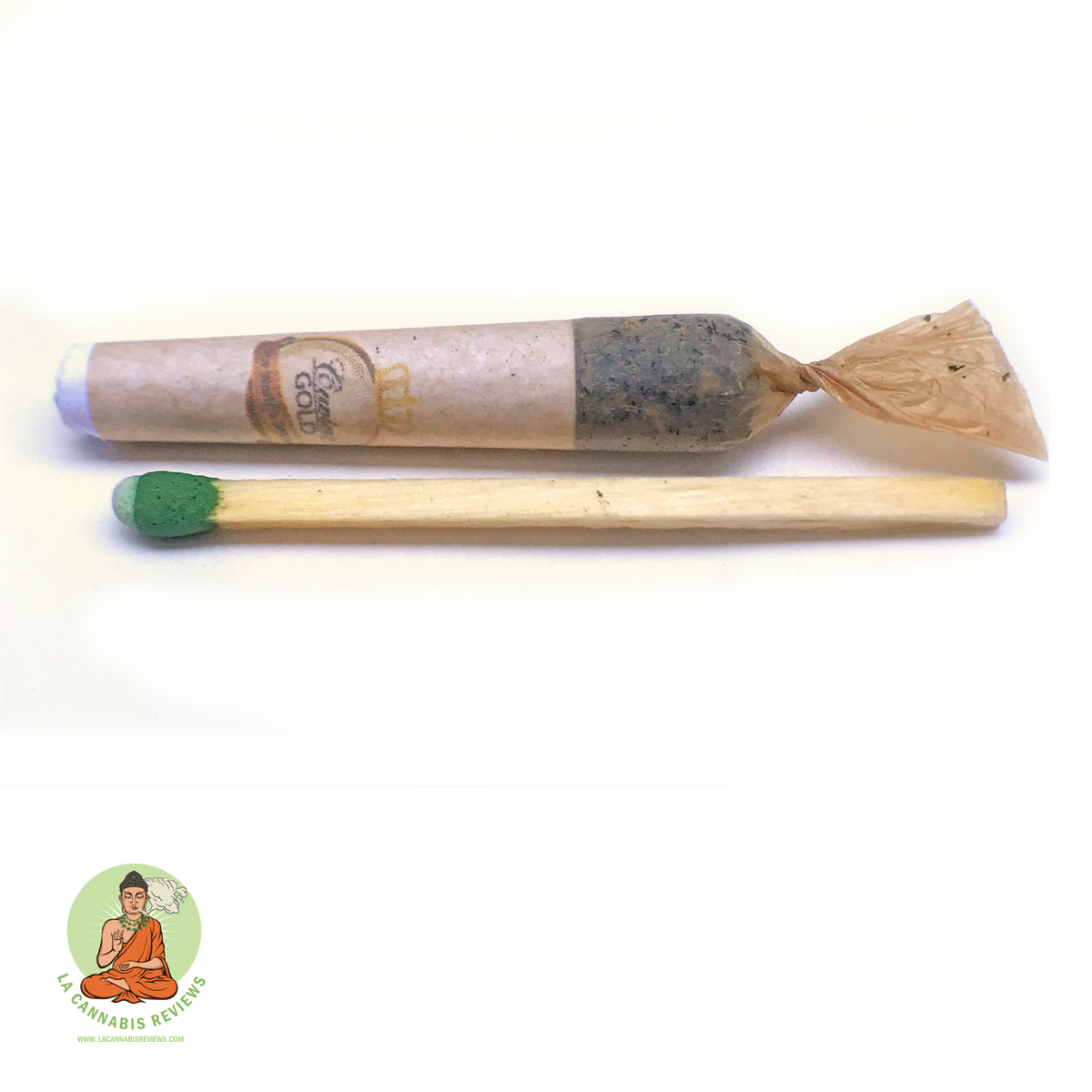 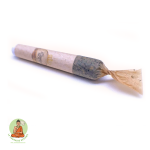 Lil’ Cavi
Isn’t this the cutest?

This Danny DeVito sized offering is a small, .2 gram joint that’s meant to be a one-and-done hit. While we usually carry a one-hitter in situations like that, we thought it was a novel idea of Caviar Gold to sell a small, high-dose hit. And it even comes with a cardboard extender, so you’re not playing with fire too close to your face.

We chose an apple flavored Lil’ Cavi, and it came with a strong aroma that we’ve come to expect from the Caviar Gold line. While the smoke didn’t last long, it was another throat-burning affair. By the end of the joint, we were definitely feeling stoned. It was another Indica heavy feeling, and we were surprised that such a small amount of plant could pack such a strong punch. But while we were stoned without smoking a whole joint, we missed the ritual of the ol’ puff-puff-pass.

Long story short — while the Lil’ Cavi might deliver on its promise, we think this is ultimately a novelty item. There might be a right time and place when this could come in handy, but those are so limited that we can’t see ourselves buying this again.

Why mess with success? The original Cavi Cone is still our favorite pre-rolled joint offered by Caviar Gold. It’s got the most bang for your buck, and boy, what a bang it gives you. It gave us a really fun sensation that we not only wanted to share with our friends, we actually had to share it because it was so strong. While we can recommend the Cavi J and the Terp Stick given the right circumstances, you’d be far better off getting the Cavi Cone. Case closed.