For decades, the cannabis community was unjustly scrutinized and judged by mainstream society. Stereotypical depictions of the average “stoner” being aloof, disheveled, and lazy beyond belief were seen almost everywhere. These societal images and portrayals were never accurate. In fact, they were solely in existence because of how the federal government chose to propagandize against any and all things marijuana, without even caring to learn the truth about its wealth of therapeutic and medicinal benefits.

Here’s How Kevin Smith Approaches His Cannabis Use

These morons on Capitol Hill even went so far as to wrongfully designate cannabis as a Schedule I substance. That grouped marijuana together with the lethal likes of cocaine and meth. It was a damaging distinction that halted any and all scientific progress that could’ve been made in the realm of researching cannabis. It was only recently, after the continued legalization of marijuana in multiple states, that they have finally realized their idiotic ways, and have allowed a number of different labs to conduct studies on the overall effects and genetics of cannabis.

But, regardless of what those studies eventually prove (or disprove), seasoned cannabis enthusiasts are well aware that everybody’s relationship with cannabis is completely different. Each person’s body (and mental) chemistry is specific to them. In turn, the various cannabinoids being activated through the partaking of marijuana hit that consumer in their own unique way. A number of factors like that need to be accounted for when considering how marijuana can help you, specifically. Also, one’s personal THC tolerance plays a major role in the calculation of that, as well. 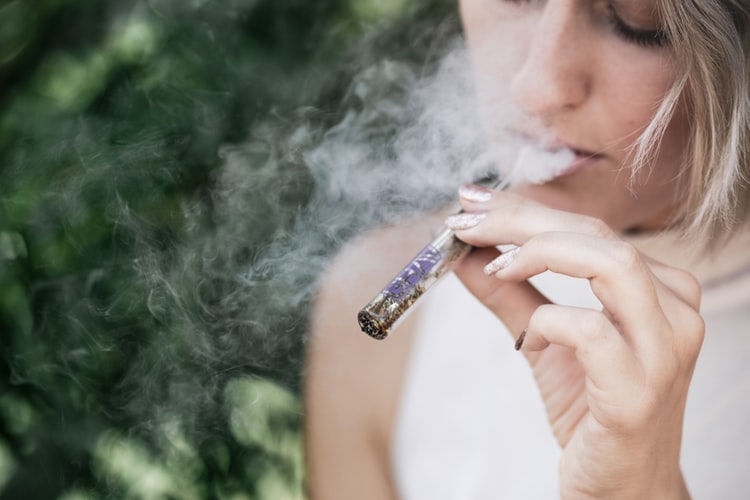 Personally, I seek out strains that help boost my creativity. I’m a writer, and I enjoy the inspiring, thought-provoking motivation that cannabis can deliver. For the most part, I’m a Sativa fan, but a number of Hybrids, and even a few strong Indicas, can come through with my desired balance of optimism and inspiration. I find that some of my more unique, eye-opening ideas come with the aid and assistance of a few tokes of ganja.

And it seems like I’m not the only one channeling the motivating powers of cannabis. Tons of creative minds, both amatuer and professional, rely on marijuana for their artistic endeavors. One of the bigger names to do so, though late in life, is none other than comic book aficionado and beloved cult movie writer/director, Kevin Smith.

The titular Silent Bob is no stranger to success, nor is he a stranger to marijuana. However, even though many of his scripts feature characters who get high (his character, included), Smith never actually welcomed cannabis into his life until he was the ripe age of 38. That certainly was a surprise to me, and most of the marijuana community, as he never went stereotypical with his on-screen depictions. It was more an accent to that character’s persona, or perhaps just placed in a scene as an afterthought. Needless to say, it was all very mellow, realistic, and appreciated by movie-going enthusiasts everywhere.
Then, when he realized it was time to incorporate marijuana into his lifestyle, he became an instant fan and advocate for all things cannabis. But he did so by giving himself minor stipulations that would prevent him from just lounging around all day. 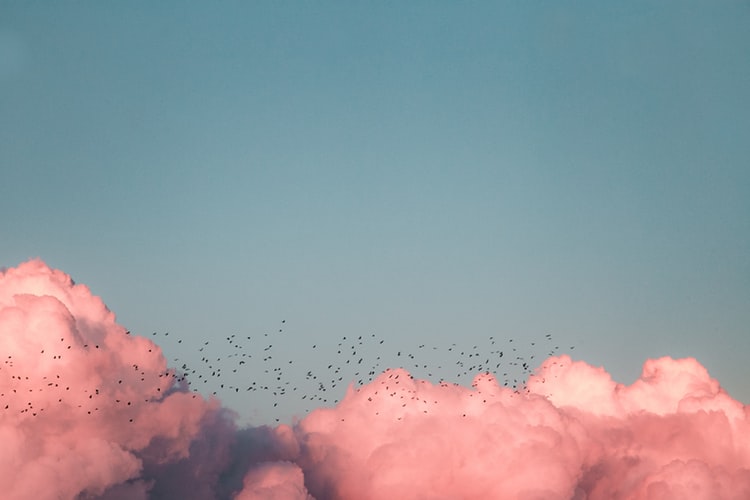 Specifically, Smith spoke on just such a set of internal THC rules that he put upon himself. And, to be honest, it’s how I think the average enthusiast should approach the use of marijuana, in general.

When asked to elaborate on the matter, the world-renowned writer said, “I’m a massive stoner, but one of the most productive. Because I made a deal with myself when I started smoking weed around age 38: If I just start smoking weed and crashing in front of the TV, then I uphold the stereotype…If you’re gonna smoke, you have to be doing something productive or creative. So light up all you want, but when you do, make sure you’re recording a podcast, writing a movie, doing a TV show. For the last few years, my productivity has gone through the roof.”

And the proof is in the proverbial pudding, as they say, because Smith continues to be one of the hardest working men in Hollywood. Not only has he continued to pen a number of sought-after screenplays, he recently started developing a show revolving around an LA dispensary called, Hollyweed.

But cannabis has done far more for Smith than simply allowing him to stay creative in a more calm, collected fashion. It actually played a major role in saving the filmmaker’s life.

Some time ago, Smith suffered a sudden heart attack. This, however, occurred during a time in his life when marijuana was already a part of his daily routine. Throughout the ordeal, Smith kept a tremendous level of calm and composure, which is critical when dealing with any sort of heart condition. 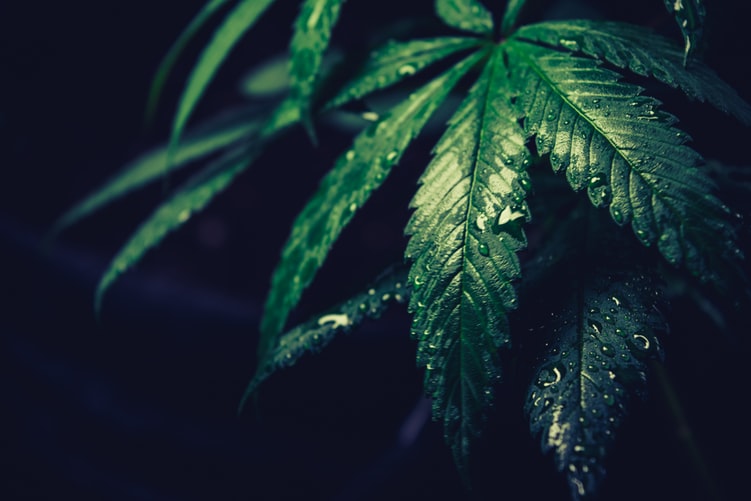 Any added stress during a heart attack is only going to worsen the problem. However, since Smith had been high during the time of the attack, doctors remarked that he was able to maintain a level head, and decrease any unnecessary stress that would’ve, ultimately, complicated his problem. In effect, cannabis saved his life to a degree.

Now, if that doesn’t make you want to become a lifelong marijuana enthusiast, I’m not sure what will. Cannabis has helped Smith stay motivated and creative, while keeping him calm during times of imminent stress. What a glowing endorsement for a plant that everybody already loves.

The laundry list of ways marijuana can help people live better, healthier lives is seemingly endless. And that limitless list of benefits is only going to grow even larger, and more specific, as our nation’s scientists are able to study this fantastic herb. At that point, we’ll be able to know specifically which cannabinoids, and how much of them, are needed to cure a variety of different ailments. Truly, the door to possibilities has only just recently been opened, and the cannabis community is abuzz with excitement over what the next new development may be.

This all comes back to how misguided the American people were for so long about marijuana, and the people who chose to utilize its greatness. There’s nothing but positives to cannabis, in my personal opinion, and the majority of people who say otherwise have never even experienced its effects. These same people are blindly ready to agree with whatever the government has to say on the issue. However, as the tides continue to sway in the direction of full decriminalization from coast-to-coast, perhaps, the entire country’s opinion on marijuana will follow suit, as well.

SEE ALSO: The Various Ways To Decarboxylate Your Marijuana 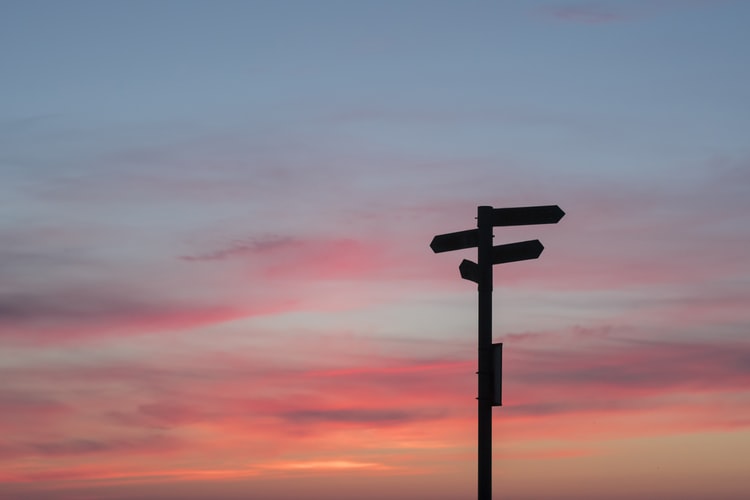 That seems to be the next logical step, as far as I can tell. States are raking in mountains of marijuana-related revenue, that they are then using to better the lives of the citizens who live within their borders. Opioid usage will continue to decline with the acceptance and availability of marijauana in more areas across the country. And the overall vibe of serenity and peace would be a welcomed change in a society that’s been in the doldrums for the past handful of years.

There’s no more of a “win, win” situation than the legalization of cannabis. And, hopefully, we’ll see full-on legalization in the very near future.