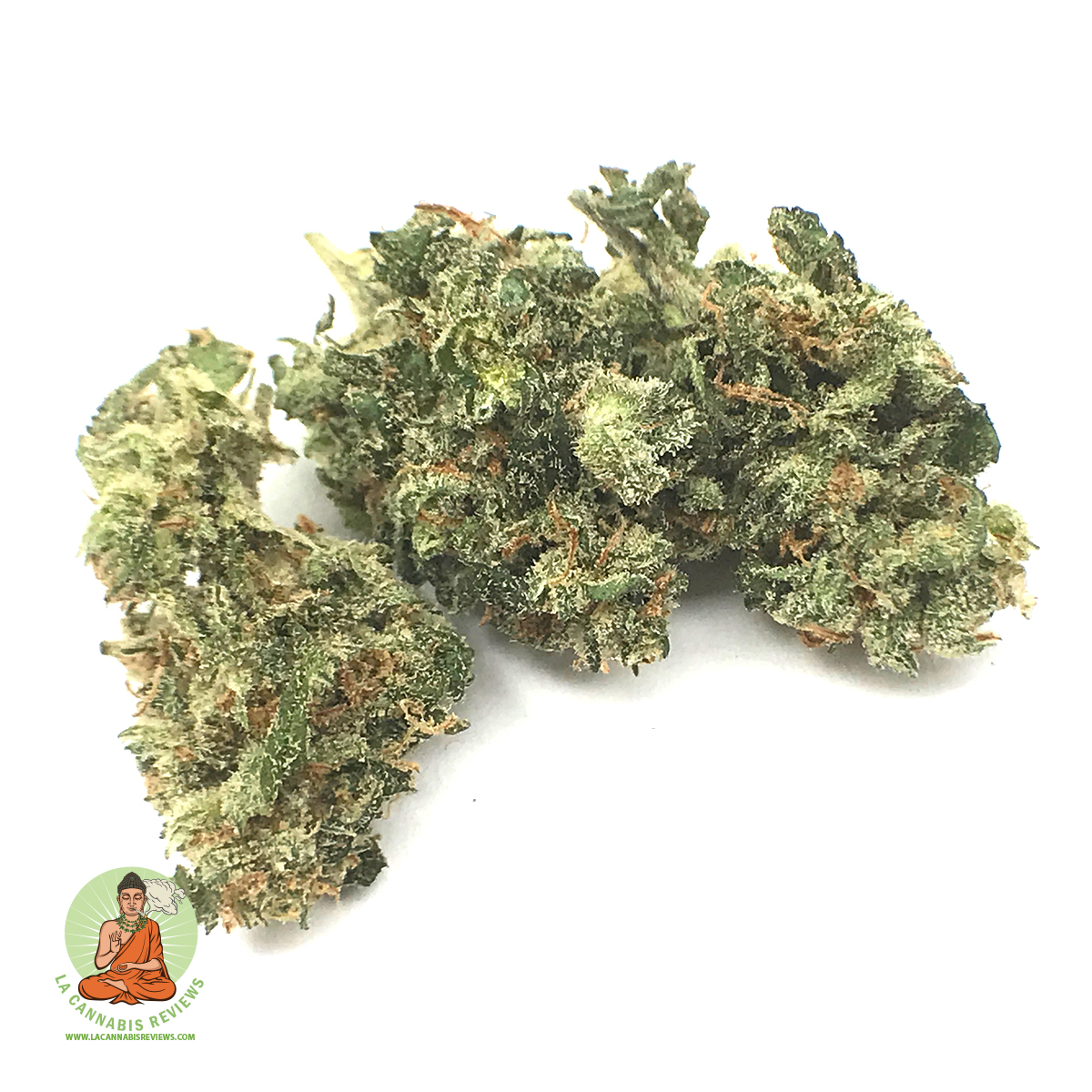 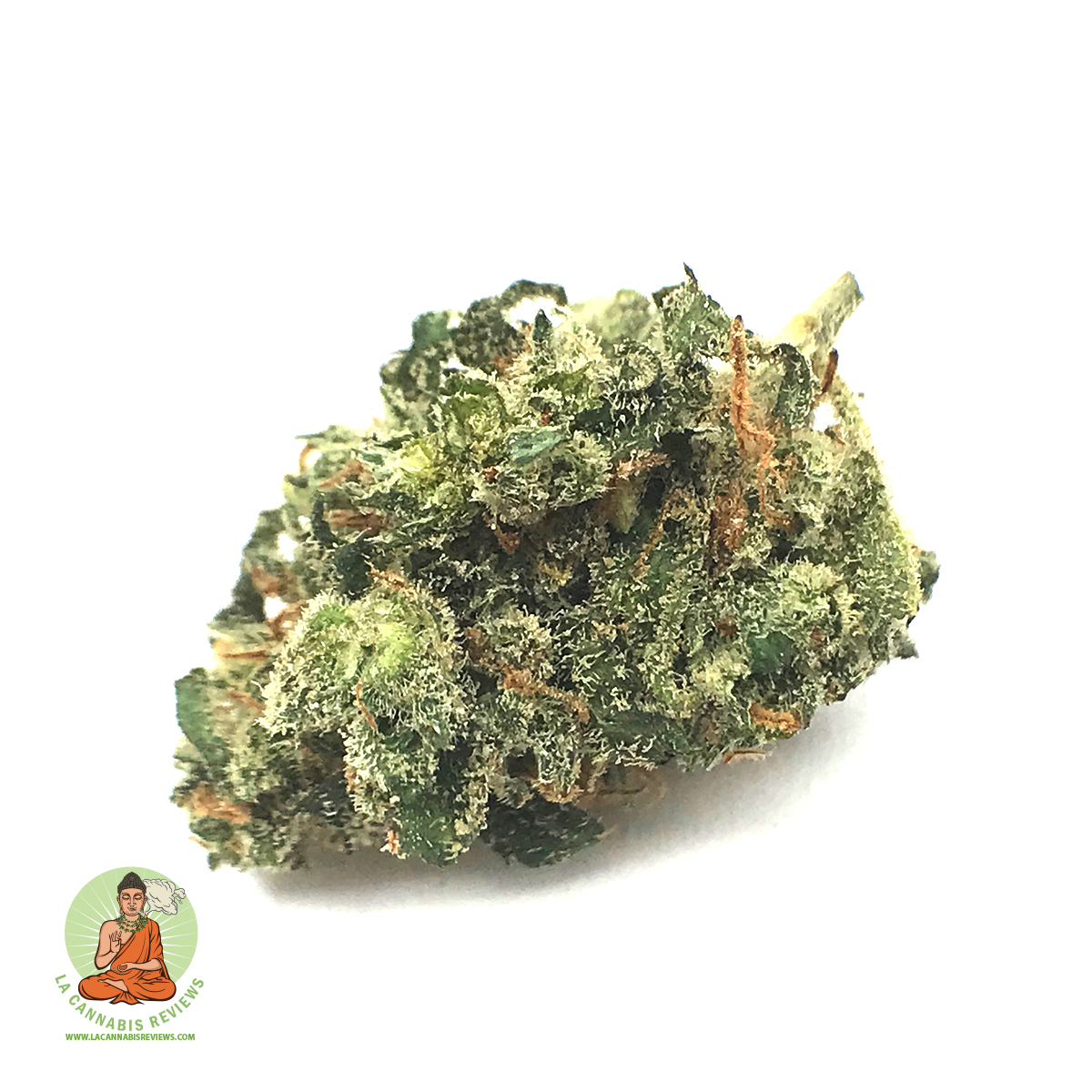 Appearance: 5/5
This is a lovely-looking plant. It’s a bit unassuming, at first glance. But, upon closer inspection, you can really admire the fuzz, crystals, and texture of the leaves. The pods have a neutral green shade that blends well with the darker orange tendrils. It’s leafy and vibrant, sticky to touch, and tough to pull apart. There’s a lot of life in this plant, and that’s part of its magic.

Aroma: 5/5
What a wonderfully fragrant flower! As soon as we popped open the plastic, we were treated to a burst of aroma that was both citrusy and spicy. It smelled fresh, natural, and sweet without being sugary. Attention Growers, hire me to work in your Jack Herer fields. Will work for smells!

Taste: 4/5
This smoke carries a very spicy flavor. It hits your tongue like an IPA beer -- big, bright, and hoppy. But unlike an IPA, it’s smooth and very pleasant. Come at me, beer nerds. This is easily one of the best-tasting flowers we’ve smoked in quite a long time.

Effect: 5/5
This Sativa strain delivered a strong kick that got us feeling its effects almost instantly. While we felt a body-centric buzz, there was an intensity to this feeling that’s more typical to Indicas. We weren’t just feeling mellow. We were as mellow as mellow can be.

We love this strain. This was heavy in our rotation years ago, back when we first started smoking. After all this time, this strain is still a high-impact flower. We suggest you have an activity pre-planned - like chores, or even exercise.

While we came away satisfied from our visit to Melrose Place 25 Cap, we were also a little disappointed. This establishment wants to be a shop and smoke lounge hybrid, but their selection was unfortunately light. Plus, the loud music and perfunctory seating areas gave us no reason to stay and hang out.

One of our biggest disappointments after moving to Los Angeles, was discovering that the street named “Melrose Place” isn’t actually anywhere near as glamorous (or back-stabby) as the Fox nighttime soap opera by the same name. But we crossed our fingers, and tried to keep an open mind, as we ventured into a Larchmont-adjacent area of Hollywood to visit Melrose Place 25 Cap.

You’ll enter through a glass storefront, completely blacked out with white window shades. Inside, is a small waiting area. Send your ID back to the man behind the glass for entry. We waited only a few moments before being buzzed into the showroom.

There, you’ll find the walls are exposed brick, and a few small seating areas comprised of couches and armchairs become present. The music played loud from the speakers. Despite the size of the room, the actual sales counter and product displays took up only a small portion of the space.

Signs posted on the wall noted that there was a “30 Minute Time Limit” for customers who wanted to lounge after their purchase. We’ve heard of smoking lounges before, but we’ve never actually been to one. Melrose Place 25 Cap seemed like they were reaching for that goal, but the room was empty when we paid our visit.

As we approached the counter, we noticed that their product was divided up among four different display cases. There were flowers, pre-rolls, edibles, and wax/concentrates. The selection was small, and supplies were limited. Especially with the plants, which were only represented by a few jars that barely filled up its case.

Perhaps, we just dropped by at the wrong moment.

While we were looking over the flower, another customer entered the store behind us. They waited, as we finalized our purchase with the sole budtender on duty. The shop’s daily deals were written on a chalkboard chained to the wall. We asked about the deal of the day, which would have been ten dollars for a gram of moonrocks, and we were informed they were currently out of moonrocks at the moment. So, that was a bit of a bummer.

Once we were all set, perhaps out of friendliness - or maybe they were attempting to make up for the missing moonrocks - we were offered a free dab on the way out.

Free dabs are another daily deal, which also makes sense as to why there’s so many places to sit and chill in this room. We took them up on their offer, and sat while they prepped it for us.

We don’t dab often, so we were prepared to be totally rocked by this megahit. Turns out the hit was big, but the smoke was milder than we anticipated. We were definitely stoned, but not stumbling around, as we made our way into the warm California sun.

Melrose Place 25 Cap might not have a large selection of bud, but we did wind up choosing a very satisfying strain: Jack Herer.