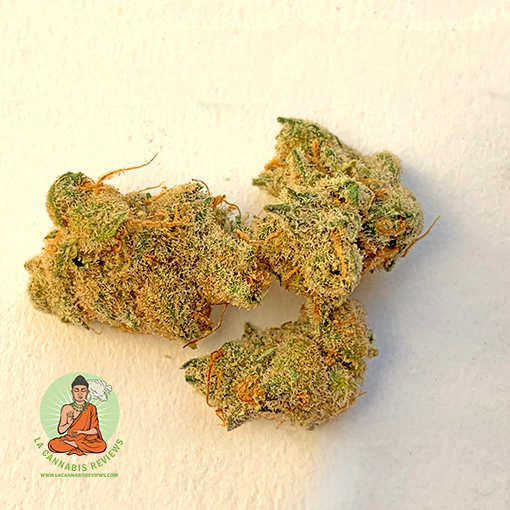 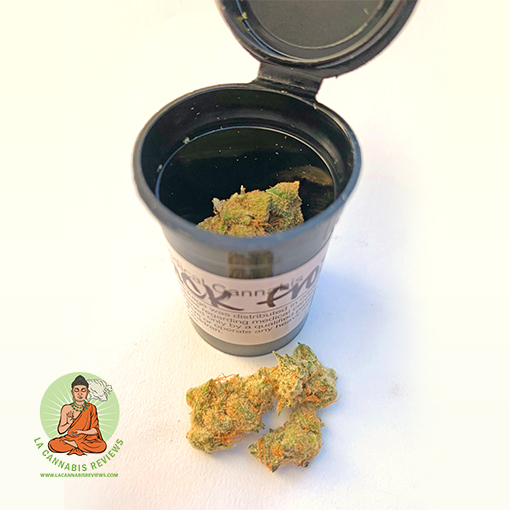 Appearance
This flower is so wonderfully fuzzy it looks like it’s been covered with a fresh snowfall 100%
Aroma
Much like its namesake, this strain had a smell that was cold on the nose 80%
Taste
Mildly fruity flavor 80%
Effect
We felt mellow and relaxed, without a care in the world 80%

Does anybody else hear “Jack Frost” and automatically think of the 1998 holiday comedy starring Michael Keaton as a blues musician/bad father who died in a car crash around Christmas, only to be magically reborn as a talking snowman during the next winter? If that sounds terrible, it’s because it is. We haven’t seen it since it came out in theaters, but it never fails to pop into our minds when we hear the name, Jack Frost.

If anything is going to help erase this association from our minds, we were hoping it’s this strain of Sativa. If anything, it’ll give us something else to think about other than Michael Keaton as a super creepy snowman.

Appearance 5/5
This flower is so wonderfully fuzzy it looks like it’s been covered with a fresh snowfall. The leaves are a light green that turns several shades lighter (almost white) with the addition of the crystals. There’s also plenty orange wisps weaving themselves around the bud offering up pops of color.

Be careful handling this flower. Even the slightest touch will leave your fingertips covered with “fairy dust.”

Aroma 4/5
Much like its namesake, this strain had a smell that was cold on the nose. It smelled of rosemary and mint. It was wonderfully rich and very fragrant. It was so good, we wish we could just keep it around as incense.

Taste 4/5
This flower turned out to be a very refreshing smoke. The aroma, plus fire, translated into a mildly fruity flavor that made us feel like this Sativa strain was the closest thing we would ever come to smoking a piece of gum. It wiped away the old, and replaced it with a fresh and fruity taste.

Effect 4/5
Much like that kid who got reunited with his now-snowman father, hanging out with this Jack Frost was a super chill experience. We felt mellow and relaxed, without a care in the world. And we were able to attain a breezy attitude towards our current situation. We felt so matter-of-fact about everything, that we could have crushed any predicament that came our way with ease.

Even though this reminds us of what’s undoubtedly a terrible movie, this strain of Jack Frost is pretty...okay.  It’s not something we fell in love with, per se, but we loved hanging out with it.  It’s a mellow strain that produces a mellow Sativa high.  And we think it’s great for battling anxiety and eliminating any unnecessary overthinking.

The House of Herbal Healing Church is a great spot to pick up some bud.  And if you want our advice, you should try and do it early.  You’ll probably get a great deal and a better shopping experience, overall.  Just don’t go too early.  We don’t want you blowing up our spot.

We don’t know about you, but we like to get up and run our errands early in the day. Not crazy early, we’re not one of those “up with the sun” folks. But we like to be done with our duties by lunchtime, so we can enjoy the rest of our afternoon, since we mostly work at night.

But one of those errands we often have to run is -- buy more bud. And we love getting to dispensaries just after breakfast time because, honestly, we find that the wait time is usually minimal, if there is one at all. That was the case when we stopped in at the House of Herbal Healing Church off Olympic just the other day.

When we arrived, we found that we had the entire shop to ourselves. It was actually a little daunting, since it’s a big space, but the budtender welcomed us inside and wiped away our insecurities. Another perk of going early is that we usually get a more relaxed interaction with our budtender. They usually don’t mind if we take an extra second to ask questions or browse items that we’ve never seen before, since there’s nobody else waiting to help. It’s a great way to really get a good look at everything a shop has to offer -- and HHHC has some great stuff on display. They’ve got a ton of vape cartridges, edibles, and pre-rolls, along with a good selection of waxes and shatters.

And that’s all in addition to the jars and jars of flower that we saw in stock that morning. Large jars full of plants, all stuffed with Indicas, Sativas, and Hybrids were well represented. Having no queue behind you also means you get a long look at what their flower choices are. And we always appreciate a recommendation from the budtender, if they have any. In this case, they steered us towards a Sativa strain named, Jack Frost.

As we finished up and paid for our plant, we realized that we accidentally took advantage of another common dispensary perk for early birds -- the Happy Hour. Dispensaries often give discounts or deals to customers willing to get up early, and HHHC is no different. They offer five dollars off an eighth between 10 am and 12 pm. If that wasn’t enough of a bonus, our budtender offered us a free dab as we were exiting. Hell yeah.

After a pretty strong, but manageable hit from their dab rig, we left HHHC with our whole day still ahead of us.