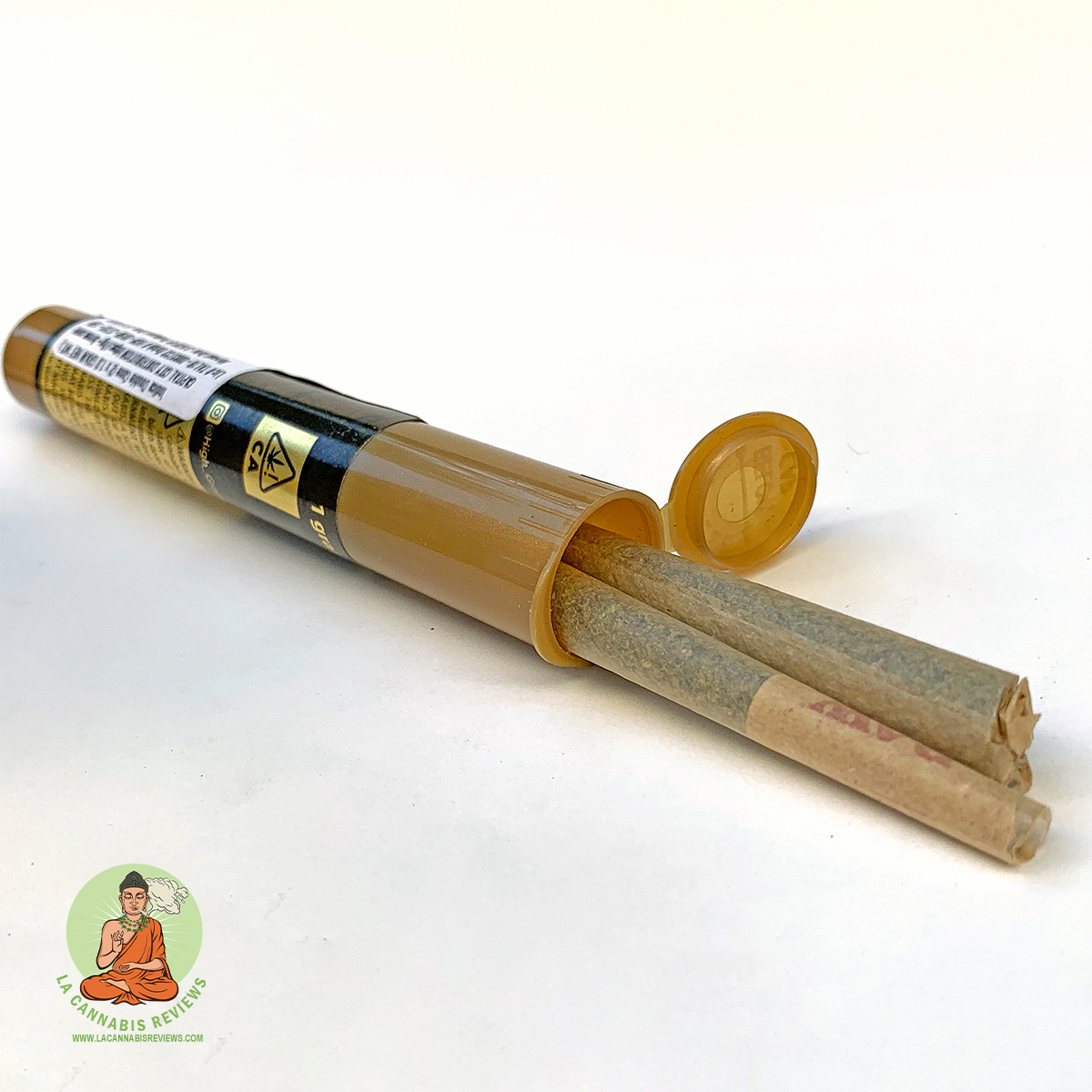 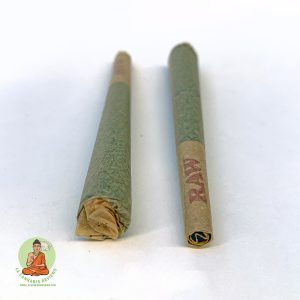 House Joints
There’s nothing better than a well-rolled house joint, but this offering from High Grade Farms really got my attention -- because this was double the fun for a low, low price. Only five dollars for both joints.

Usually something that cheap is too good to be true. Luckily for you, I was willing to roll up my sleeves and do the dirty work for you. You’re welcome.

Appearance: 5/5
These cones looked great. They came sandwiched together inside a single doob tube, and they were nearly identical twins -- two perfectly wrapped, evenly packed joints that were folded flat on the end. They didn’t appear over- or under-stuffed; they were just right. If you looked closely, you could see the grain of the ground flower underneath the onion-brown rolling paper.

Aroma: 5/5
I didn’t know what these cones were packed with -- except that it was an Indica -- but I’d love to know the specifics of the strain. Mainly because it smelled great! It was a very soft and subtle aroma that came with hints of cinnamon and caramel. Rich and sweet, but a little earthy, I was craving some flan after I got a whiff of these joints. Maybe this joint would give me the munchies, too. Then I could really seal the deal...

Taste: 5/5
Unlike a lot of pre-rolls that carry a knockout aroma, there was actually a lot of taste to the smoke of this joint. The smoke didn’t have much flavor on the inhale. Because it was mostly smacking of that strong, harsh, hot smoke taste. But upon exhale, I was tasting a brown-sugar caramel sweetness.

Effect: 5/5
This smoke was pretty harsh as the joint went on, and I tried to restrict myself to shallow puffs. Until I eventually got a big ol’ hit and started coughing like crazy. It may have been a sacrifice of the throat, but I got really stoned right after that.

Did I say “really stoned”? Because I meant really, really stoned. This Indica high had me feeling like I was underwater. My peripheral vision got blurry, and my movements slowed down along with my brain. I found myself locked into focusing on whatever was in front of me -- it was the TV, in this case -- and I was there for a good long while. Don’t make any plans on this one.

For the love of crumb cake, go out and get yourself some of these HGF pre-rolls. Not only are they packed with potent flower, but they’re an absolute steal at $5.02 for two grade-A, TKO joints. That’s probably the best deal you can find in Hollywood, if not the entirety of Los Angeles.

With my expectations fully met, I enjoyed the hell out of my visit to Hollywood High Grade.  It’s a shop with all the legal perks (i.e., reliability and whatnot) but the deals are so good, they’re criminal (just kidding).

Sometimes we don’t like something for the wrong reasons. It might be an unfair bias, or it might be a personal history, but sometimes we just feel wrong about something. That’s how I felt about Hollywood High Grade. This dispensary is unavoidable if you live in Hollywood and don’t want to venture into the heart of the Tourist Trap to buy your meds. But during my previous visits, despite coming away with some really dope dope, I’ve never been completely satisfied with my experience.

Now I’ve since realized that it wasn’t the shop that’s been wrong, it was me. I was wrong because I was using this shop incorrectly.

You wouldn’t use a spoon to hammer a nail into the wall, right? And your results trying to make pancakes with a baseball bat probably wouldn’t leave you very satisfied, either. That’s what I was, essentially, doing at Hollywood High Grade -- I was using this shop incorrectly.

I kept going here for something that I wasn’t going to find, and that’s where my frustration was stemming from. I learned to readjust my expectations, and discovered that this shop is a totally awesome spot that serves up something that’s actually really hard to find in Hollywood proper -- a quick stop weed shop that’s made for the grab-and-go.

After a quick check-in with security -- and I mean, quick -- I stepped through the double doors and into the showroom. It’s a large room with space for a big line, even though I’ve never seen it very full. That’s part of this shop’s charm -- it’s made to accommodate a big crowd, but it’s so efficient that it cranks through customers too fast for one to really build up.

At the counter, I started to look over their products. Most of their flower were available in pre-packaged eighths, but they had plenty of grams already set in bins along the back wall. Not only that, but this place has extensive offerings for other types of products. For instance, they had a ton of edibles, and a great selection of vape carts and disposables.

For some reason, it just clicked with me this time out -- some dispensaries attempt to be a medical supply center for your wellness, and others are just a spot for you to grab some goodies and peace out.

One place chooses to add to your purchase with attention to high-falutin’ detail and pretentious language. The other is about getting you what you want and getting you out the door just as fast. It’s not rude to be direct, and it’s not wrong to just want to grab some bud to get stoned - rather than some plant-based medicine to attain true inner-bliss.

Both approaches are valid, but not every shop does them well. Most specialize on the medical side, especially in Hollywood, where there’s a lot of attention and foot traffic from tourists.

But Hollywood High Grade is different. It’s frequented by a lot of locals who know their needs and the shop’s products. It doesn’t sell meds, it sells herb. And if you’re looking for a legit, fully legal dispensary that has the feel and vibe of a place that isn’t necessarily “medicinal” then look no further than this spot.