That’s the most accurate way to describe the current state of the cannabis industry. And, with more and more states legalizing cannabis within their borders, that sort of upward trend shows no signs of slowing down.

Another reason that “Booming” adjective is so apt, is that the majority of marijuana enthusiasts these days seem to be of the “Boomer” variety. That’s right, as shocking as it may sound, this older generation of Americans are starting to flock to their local dispensaries to get their hands on some newly-legalized buds.

Sure, these folks have had their fair share of cannabis experience in the past, coming from the swinging 60’s and all, but it appears as though they are sprinting back to their old smoking habits with full-force.

This could be for a number of different reasons when you think about it.

Some of them could be in the aforementioned group of elderly citizens who are looking to rekindle their passionate love affair with this multifaceted plant. Others, however, may be experiencing a number of different physical ailments that could call for the medicinal relief of marijuana.

That said, there’s also a slice of this older “puffing population” who are looking to branch out into the world of cannabis for the very first time. Now that it’s legal and government-approved, they no longer feel like they are taking a risk by allowing cannabis into their lives. Which, to be honest, is how it should’ve been all along. But, the fact that we are embracing marijuana, as a nation, at all, is a step in the right direction, as far as I’m concerned.

But it’s not just “Boomers” who are responsible for the consistent uptick in cannabis business. Every age demographic and region across the nation is filling up their carts with government-approved cannabis goods, and those crowds only seem to be increasing in number. And rightfully so. Marijuana is an amazing life aid that everyone should be able to partake in whenever they please. It’s harmless, relaxing, and all-around tranquil in every way possible.

SEE ALSO:How To Ensure Your Friend Has A Good First Experience With Cannabis 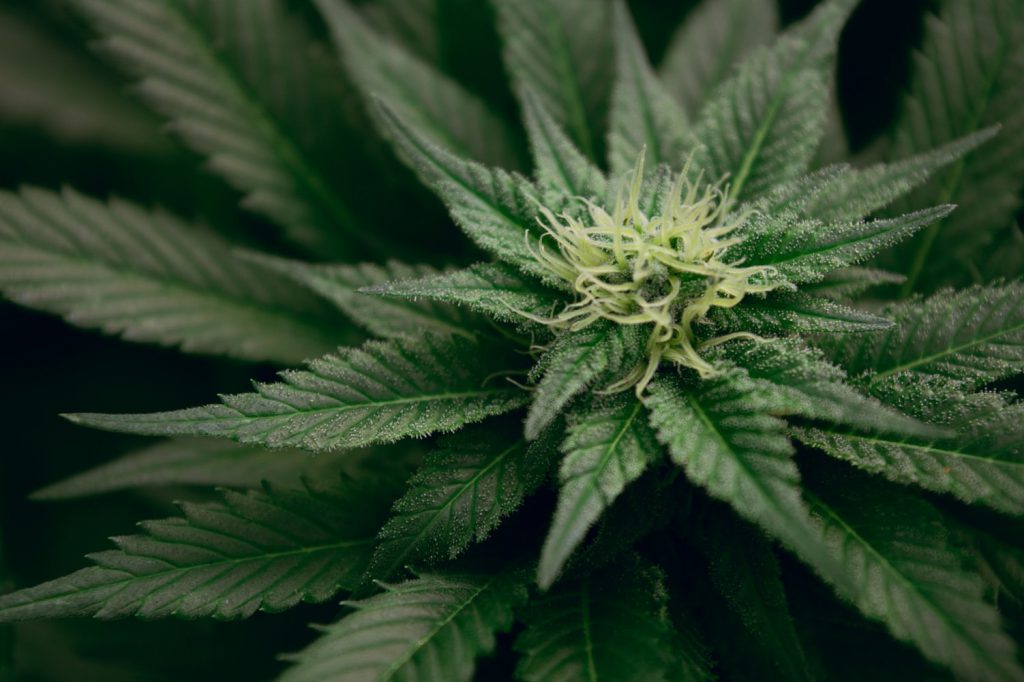 Whatever the demographic or state, the fact remains, cannabis is one of the most profitable industries this country has ever known. Which is probably why so many elite investors are throwing money into a litany of different marijuana companies and brands.

And, I don’t know about you, but whenever I even hear the word “investor” these days, i can’t help but think of one of my favorite shows to smoke to, Shark Tank.

For those of you who may have been living, rent-free, under a proverbial boulder somewhere, Shark Tank is a reality show of sorts, that focuses on inventors and innovators.

These creative citizens present ideas to a team of millionaire and billionaire investors, aka “The Sharks,” who then negotiate a partnership deal with them right on the spot. But, that’s only if they like the product. More often than not, you’ll see once eager faces wither into sadness over the course of their time in the “Shark Tank.”

But there is certainly one idea that “The Sharks” would never pass up, and that’s the cannabis industry. Well, at least one “Shark” anyway. And, no, it’s not Mr. Wonderful. Although, I’m sure he’s only a couple months away from investing millions into this ever-growing industry, as well. No, I’m talking about the brilliant founder of Fubu, Daymond John.

This fashion icon rose through the ranks at an astronomical pace. In a short amount of time, his brand became a household name, and his success has only continued on since then. No wonder this guy is one of the staples on Shark Tank, he obviously knows a good investment when he sees one. He knows where the money is, and he’s not afraid to dive headfirst into an investment to get it.

So, it only makes sense that he would publicly share his sentiments on the cannabis industry being one of the biggest money-makers that he’s ever seen. When asked to elaborate on his positive feelings towards the marijuana industry, he explained that, while many think they have to be a lifelong fan/user of cannabis to be in the industry, that couldn’t be further from the truth.

SEE ALSO:Some Of The Most Crowd-Pleasing CBD Strains On The Market 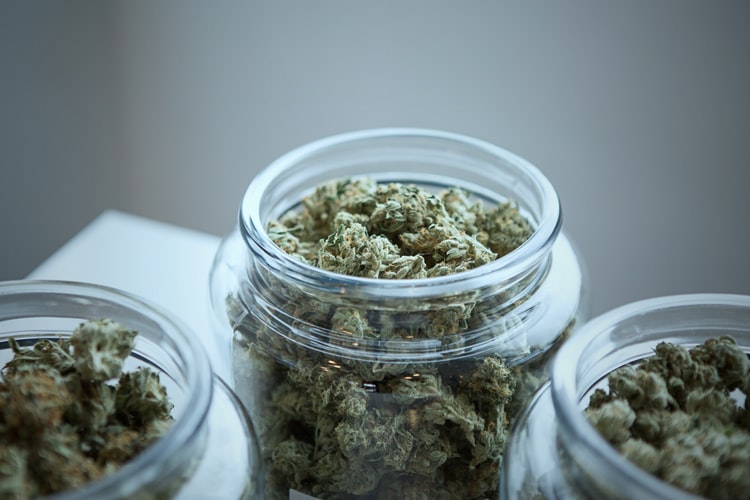 Specifically, he said, “You want to be in the cannabis business? You don’t have to sell weed! There are a lot of people in it now who may not know how to do bookkeeping, or shipping, or financing, or packaging. There are so many ways you can be very close to the cannabis industry. It all depends on you finding an opening and educating yourself.”

Wow. That may be the best bit of advice from a “Shark” that I’ve ever heard. He’s absolutely right, you don’t even have to have an extended knowledge or experience with cannabis, in order to find a position in this burgeoning industry. It’s all about adapting your expertise to fit within this business.

Let’s say, you have a degree in advertising, but don’t have an extensive history with marijuana. All you would, essentially, have to do is educate yourself a touch on the minor “ins and outs” of the business, what people are looking for with this sort of advertising, and create your own version of what you think a successful ad would be.

It’s the same process you would employ in any industry, so why not test your luck with marijuana? It only makes sense, really.

Because, like Daymond alluded to, a lot of these companies already know everything about cannabis, and the various intricacies attached to it. However, as their mind space, time, and efforts are being dedicated to cultivating the next “big thing” in the marijuana industry, they need to rely on the professional experience and expertise of people with more business acumen, as that was never these growers’ fortay in the first place.

While this is just a tiny example of how a person could enter the marijuana industry, without a plethora of knowledge or experience, there is simply no denying that there are a variety of different openings in this profitable industry, and they are ripe for the taking. But, much like Daymond said, it’s all about figuring out where you fit in. 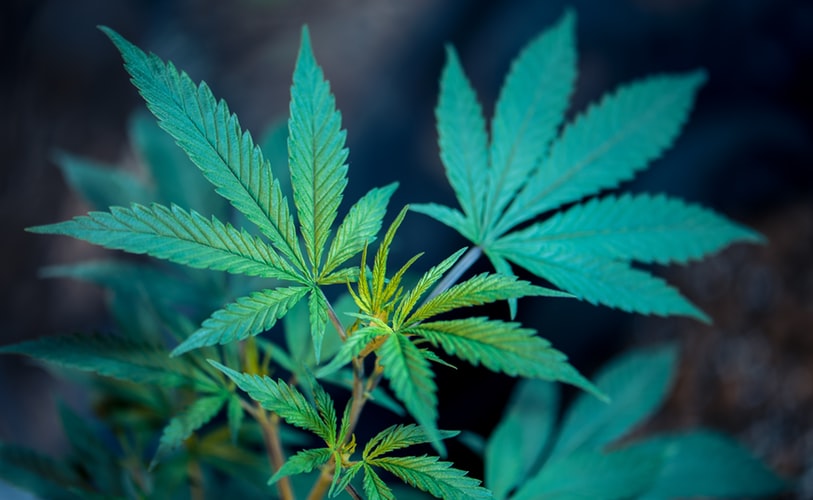 However, once you acquire that piece of pivotal knowledge, you’ll be able to proceed with the utmost confidence, knowing that you can not only excel in this field, but you can help a cannabis company reach new heights of success thanks to your skillset, whatever that may be. The sky’s the limit with the marijuana industry, and there’s no reason you should put off an opportunity like this for one second longer.

Yes, there are jobs available now, but those openings won’t always be there. So, it’s important to strike while the iron is hot. Or, should I say, “dab while the nail is hot.” 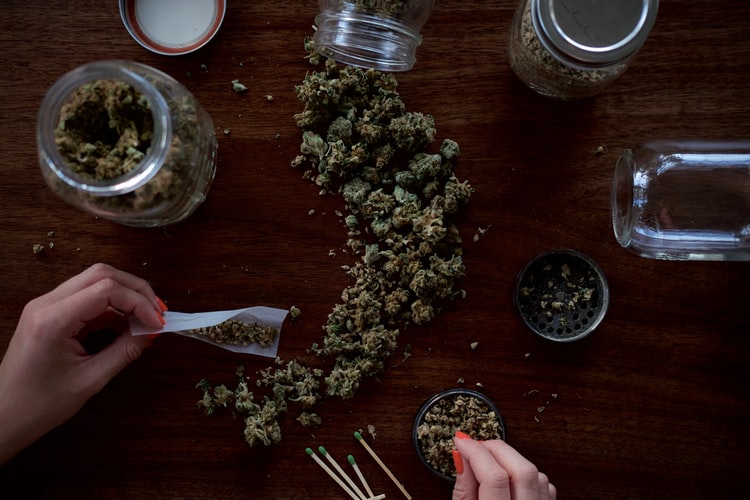 This sort of industry comes around once in a lifetime, and with their upward trend continuing to set new records for income and revenue, there’s no reason to sit around, bummed out that you “don’t know enough” to be a part of its tremendous success. There’s a place for everyone in the cannabis industry, and these companies are ready to welcome any and all experts who are willing to help them succeed.